Samoan crew charged in cargo ship seized with US$1 billion of cocaine: report 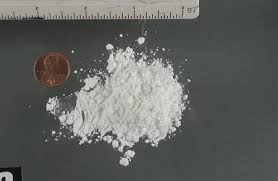 PHILADELPHIA, 12 JULY 2019 (DAILY MAIL.UK) – A cargo ship that had 16.5 tons of cocaine worth more than US$1 billion seized from it in Philadelphia in one of the largest drug busts in US history is owned by JP Morgan, it has emerged.

The US$90 million MSC Gayane is owned by a transportation strategy fund run by the banking giant’s asset management unit, a source confirmed.

JP Morgan is understood to not have any operational control and the ship is chartered to the Swiss-based Mediterranean Shipping Company.

In what was the largest cocaine haul in the history of US Customs 35,000lbs of cocaine was seized by federal officials from a ship at the Philadelphia port in June.

The drugs were seized the Packer Marine Terminal from cargo containers aboard the MSC Gayane, which arrived there after making a port call in Colombia on May 19.

The vessels also made stops in Peru, Panama and the Bahamas before reaching the Port of Philadelphia.

At least six crew members from Serbia and Samoa have been charged with conspiracy to possess cocaine aboard a ship. The federal investigation continues.

“This amount of cocaine could kill millions – MILLIONS – of people,” U.S. Attorney William McSwain said on Twitter at the time.

US Attorney William McSwain, whose office is handling the prosecutions, confirmed MSC is a Swiss-based shipping company, and one of the world’s largest shipping lines in terms of containers.

Officials at first seized just the drugs but it was announced Monday a warrant had been issued on July 4 that allowed Customs and Border Protection officials to take custody of the ship itself as well.

Last month, MSC said in a statement: ‘Unfortunately, shipping and logistics companies are from time to time affected by trafficking problems.