Samoan coaches have World Cup experience, should not be bullied by World Rugby 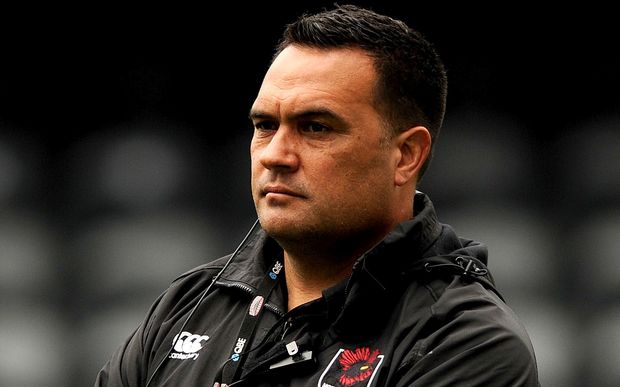 APIA, 04 OCTOBER 2018 (SAMOA OBSERVER) – The Samoa Rugby Union should not be bullied by the World Rugby.

That is the view of Tamaleta Taimang Jensen, a former Manu Samoa player, who at one time was the SRU manager (oversight reforms) who oversaw institutional and financial reform within the governing body.

“In my view, the SRU should be working with the World Rugby, but that does not mean they have to be a ‘yes man’ all the time.”

“I was reform oversight manager so I am well aware of what is happening within the SRU. The SRU Chairman and management should know the difference between being arrogant and just telling the World Rugby the truth.”

“The World Rugby is bullying SRU to do what they want and we don’t, they have threatened not to pay the head coach and all its assistant coaches.”

“But it is not the World Rugby’s money the funds are proceeds from ticket sales where Samoa is one of the contributors when we play.”

“All the assistant coaches, physios and trainers are currently paid from this funding except for the head coach,” he said and emphasised the need for the SRU not to bullied.

“It is not World Rugby money, its our share from our participation in the past world cups which is full capacity. And we should tell them that instead of being yes-men,” he said.

Tamaleta said the SRU Board should stand their ground as Samoa had the right to access those funds through its participation in the World Cup.

He said Samoan coaches also had experience at the international level and have coached teams at the World Cup.

“Also our Samoan coaches have experience at the International level, such as Peter Schuster and Fuimaono Tafua who coached the teams at the World Cup.”

“I am saying the S.R.U. should invest in the local coaches, they have a heart for the team, they understand what it is like to have limited resources.”

“I feel these overseas coaches are only here to boost their resume and then aim for bigger contracts,” said the former Manu Samoa player.