Samoa overcome Russia but must improve to contend in Pool A 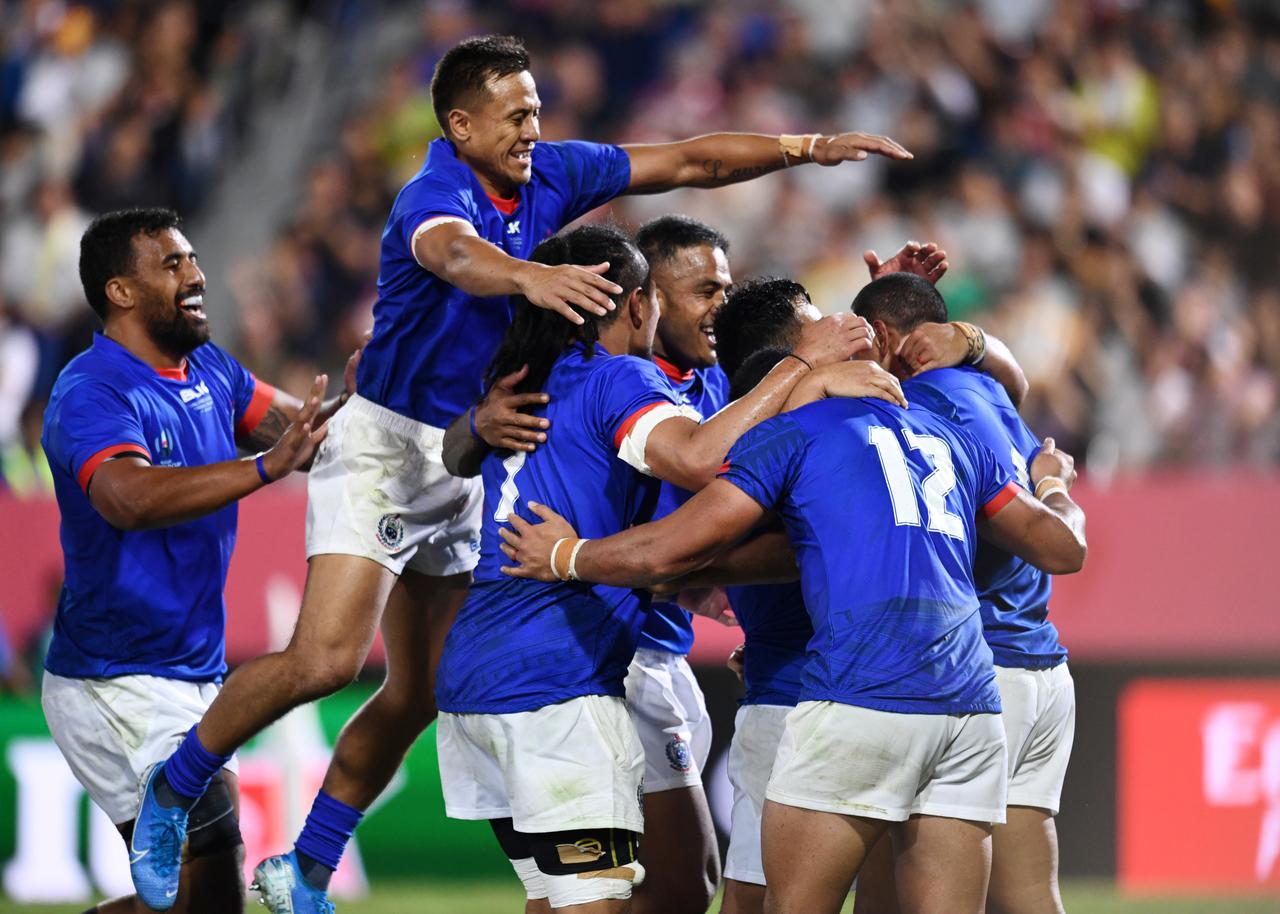 KUMAGAYA, Japan (Reuters) – Samoa did little to suggest they could upset either Scotland or Japan for second place in Pool A at the Rugby World Cup after a 34-9 victory over a limited and exhausted Russia team at Kumagaya Rugby Stadium on Tuesday.

The Pacific islanders did themselves no favours in a scrappy game that rarely rose to the levels of excitement generated by the noisy crowd at the boutique-sized ground, with Rey Lee-Lo and Motu Matu’u both shown yellow cards for high tackles.

The pair narrowly escaped being sent off by Romain Poite after television match official Graham Hughes recommended only a yellow card because Russia captain Vasily Artemyev had ducked his head into each tackle.

With Ireland comfortably winning their opening game on Sunday with a 27-3 victory over Scotland, who now have injury problems, the battle for second place in Pool A has opened up between Gregor Townsend’s Scots, Samoa and tournament hosts Japan.

The Pacific islanders failed to impress in their clash about 90 minutes north of Tokyo until they took advantage of a tiring Russian side who fielded the same team that lost their tournament opener to Japan last Friday.

“I was pretty composed but it was more about trying to stick to the game that we trained all week for, and we went away from that so it was disappointing,” Samoa coach Steve Jackson said.

“But we brought it back in the second half and the belief in this group is really high.

“It was just about getting rid of the silly little errors and fixing up our kicking game.”

Samoa’s chances of making the knockout phase for the first time since 1995, however, also suffered a blow with Afaesetiti Amosa suffering a serious knee injury after he was felled in a high tackle by Russia’s Kirill Gotovtsev.

The tighthead prop was also yellow carded for the tackle.

Matu’u could miss next Monday’s clash with Scotland in Kobe after he failed a head injury assessment (HIA) while he was in the sinbin, having received treatment while on the field following the collision.

Scrumhalf Dwayne Polataivao also failed an HIA early in the second half after he appeared to have been hit late in a tackle.

“Both Dwayne and Motu failed their concussion tests and Afa is going for a scan now and that doesn’t look good,” Jackson said.

“He has got some serious damage to his knee.”