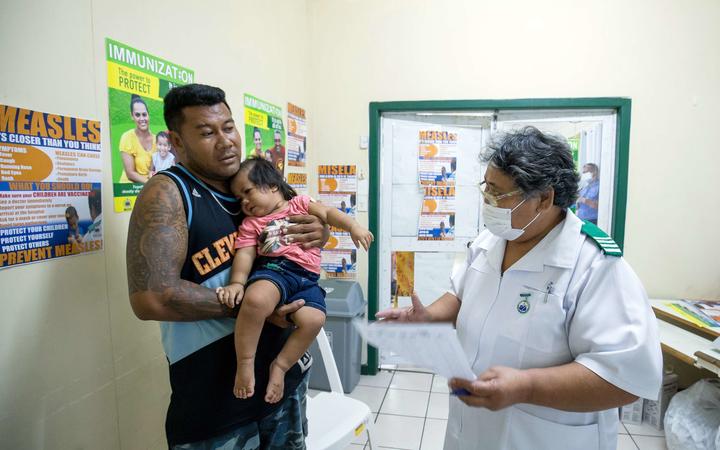 Since the outbreak was declared in October, 83 people have died, most of them children.

The Samoa Umbrella for Non-Governmental Organisations, or SUNGO, recently travelled to the island of Savai’i, providing food, supplies and counselling.

The group’s chief executive, Fuimaono Vaitolo Ofoia, said the Christmas period was a struggle for many families in Samoa.

“It’s a weird experience for them because of this traumatic disease and the circumstances they have gone through, the trauma, it’s beyond any other.”

Parents enrolling their kids in schools are now required by law to show proof that they have been immunised against measles.

According to TV1 Samoa, the Ministry of health is charging $US14 for proof of immunisation documents.

The ministry said its records department was struggling to cope with the demand for the documents with many parents reportedly queuing for hours to be served.

Low herd immunity was one of the main reasons Samoa was so badly affected by measles.

However, the government said its mass immunisation program had been a huge success with more than 95 percent of the target population now immunised against measles.