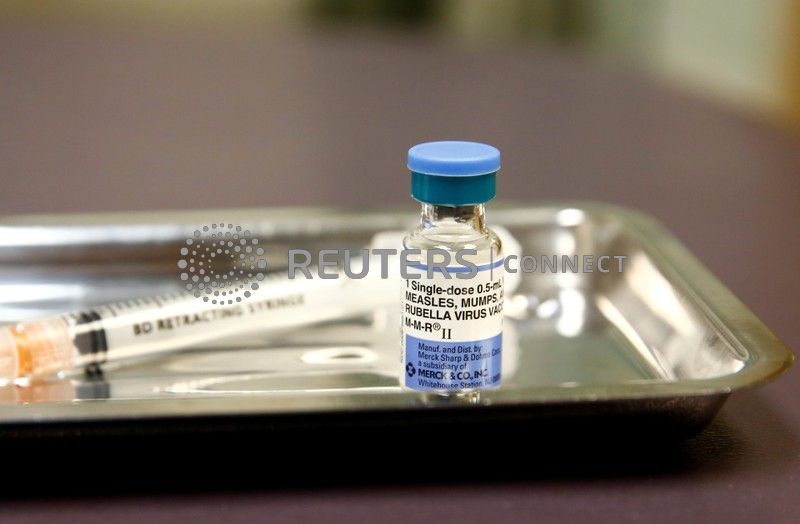 WELLINGTON (Reuters) – The death toll from a measles outbreak in Samoa climbed to 53, the government said on Monday, as the number of people infected in the small Pacific nation grows by more than a hundred a day.

The vast majority of deaths were of children, with 48 under the age of four dying from the disease, according to a government update.

More than 3,700 cases of measles have been recorded in the islands’ population of around 200,000, with 198 new cases between Sunday and Monday.

Measles cases are rising worldwide, even in wealthy nations such as Germany and the United States, as parents shun immunization for philosophical or religious reasons, or fears, debunked by doctors, that such vaccines could cause autism.

The World Health Organization (WHO) warned in October of a devastating comeback in measles epidemics around the world as the number of reported cases rose by 300 percent in the first three months of this year.

Samoa’s vulnerability has risen as the number of people becoming immunized declines, with the WHO saying vaccine coverage is only about 31%.

The country, with support from international donors including New Zealand and Australia, has been racing to administer vaccines to children since declaring a state of emergency on Nov. 20 and has vaccinated 58,150 people so far.

Schools and universities have been closed and most public gatherings banned in Samoa, located south of the equator about half way between Hawaii and New Zealand.

Measles, a highly contagious virus that spreads easily through coughing and sneezing, has been reported in other Pacific nations, including Tonga and Fiji, but there have been no reports of deaths in those countries, which have greater vaccination coverage.