Samoa and Tonga tussle for U20 Trophy spot 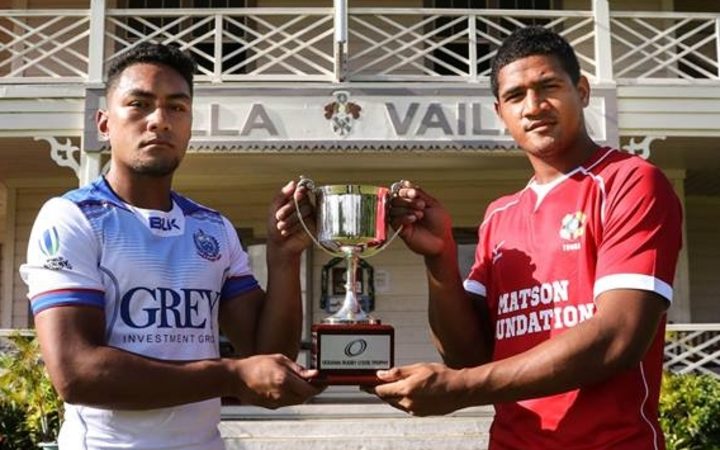 Samoa and Tonga are competing for a spot in the 2019 World Rugby Under 20 Trophy. Photo: Oceania Rugby

APIA, 04 DECEMBER 2018 (RNZ PACIFIC) – Qualification for the World Rugby Under 20 Trophy is up for grabs when Samoa and Tonga go head to head in Apia this week.

The Polynesian rivals clash in the first leg of the Oceania Under 20 Trophy at Marist Park this afternoon, with the second leg at the same ground on Saturday.

The winner will compete at next year’s Under 20 Trophy in Brazil.

Samoa skipper Simon Peter Toleafoa was a part of the Baby Manu team thrashed 58-8 by Fiji in the final of this year’s World Junior Trophy.

The Auckland-based first five said Samoa’s local and overseas based players have been able to train together for the past few weeks and will give it everything.

“We know that Tonga will bring everything. We’re all trying to vie for that spot in the Trophy next year and from the Trophy we will try and win that Trophy and get to the Tier One so we will be doing our best to try and get into that Championship.”

Tonga last featured in the World Rugby Under 20 Trophy in 2015 and captain Pita Ofa Halaifonua said the team is looking forward to the challenge of taking on Samoa.

“The boys are really happy for this game because together with the boys from New Zealand we’re looking forward to tomorrow for the game – we are so happy,” he said.

“We’re going to do what we (planned in training) and we are playing hard tomorrow.”

Fiji have won the past three Oceania Under 20 titles but will not feature this year, having earned promotion to the top tier Under 20 Championship.

This qualification tournament is an important one for both teams.

Schuster said Oceania Rugby is very thankful to the Samoa Rugby Union for the opportunity to host this annual tournament in Apia as it provides an opportunity for rugby fans in Samoa to be a part of the live experience at the Marist Stadium.

The captain of the host team, Simon Peter Toleafoa said that all was well in the Samoan camp.

“All the overseas boys have been on ground for over a week and we’ve just been working together to look at our combinations,” he said at today’s Captains Photo Shoot at the Robert Louis Stevenson Museum (RLSM) in Vailima.

“I am calling on everyone to come down to the Marist Grounds to support the team – as it’s a vital game for us – so we trust everyone will come down,”  Toleafoa added.

Samoa’s iconic Robert Louis Stevenson Museum was the backdrop to the captain’s photoshoot and is a world class museum as described by General Manager, Margaret Silva.

The Samoans referred to him as “Tusitala” the writer of tales. “The location is considered one of the best historical sites in the world as he was very famous novelist and author and was globally known for his book Treasurer Island,” Silva added. “The home and grounds have been preserved and maintained in a way that makes it available for Samoans and visitors to Samoa to know about Tusitala and his love for this country,” she said.

The Tonga Under 20 Team is surely out to rewrite their future come tomorrow. Tongan captain Pita Ofa Halaifonua says his team is looking forward to tomorrow’s match.

The Host Union’s Chief Executive Officer Vincent Fepulea’i said that with so much at stake against Tonga, we hope the public will get right behind our boys tomorrow and this Saturday as we strive to advance onwards to Brazil next year for the 2019 World Rugby U20s Trophy.

“Our Samoa U20s have never played an international at home, so it will be an exciting and invaluable experience for our players to play at home in front of their families, supporters and fans,” Fepulea’i said.

“As always, we are truly grateful to our family of sponsors, and I am delighted we have this opportunity for our local sponsors and key stakeholders to see our boys perform on home soil,” he added.