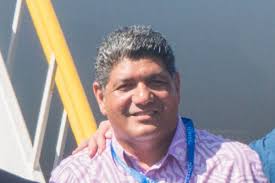 APIA – Samoa Airways’ chief executive officer, Seiuli Alvin Tuala has confirmed the 737-800 aircraft used by the Airline has gone into its scheduled maintenance inspection in Christchurch.

The maintanence is scheduled to be completed tomorrow.

According to Seiuli, the 737-800 aircraft which is wet leased from Italian IATA Airline, NEOs SpA had done all its major checks in Italy before it made its maiden voyage to Samoa end of last year.

Since then, it has been servicing international flights for Samoa Airways to Auckland and Sydney.

“Our aircraft will be released back into service mid-morning on Wednesday, 30 May 2018 then it will operate our normal Auckland-Apia flight departing around 2.00pm.

“To accommodate our customers, we have chartered Nauru Airlines’ 737-300 aircraft to operate Apia-Auckland-Apia flights for us on Monday, 28th of May and Tuesday, 29th of May at the same times we normally operate.”

Seiuli also confirmed that Nauru Airlines operates under an Australian A.O.C. and the use of its 737-300 aircraft to operate charters for Samoa Airways on the Apia-Auckland-Apia route was approved by the relevant authorities in New Zealand.