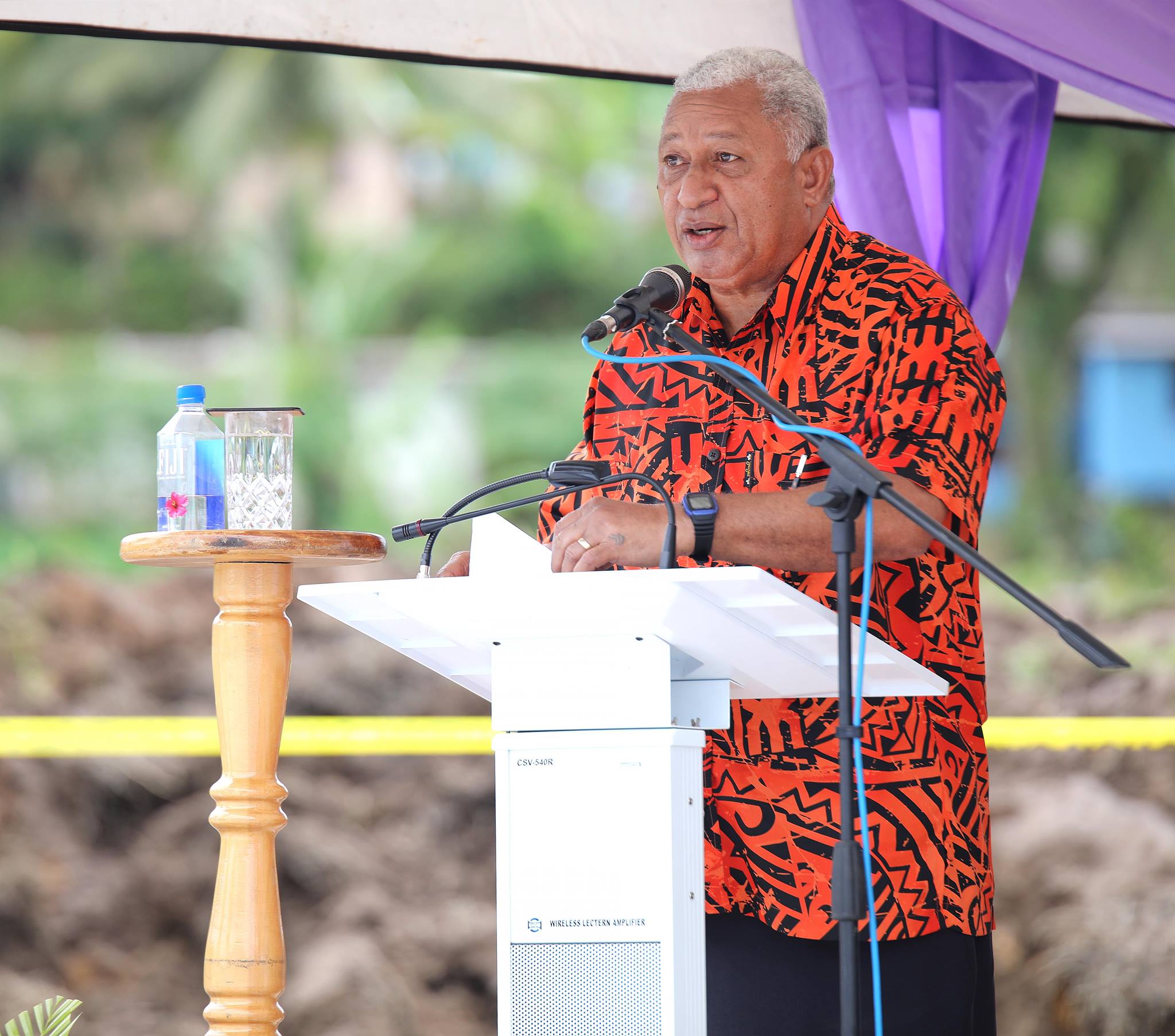 Prime Minister Voreqe Bainimarama while officiating at the ground-breaking ceremony of the Halaiwalu subdivision. Picture: SUPPLIED

PRIME MINISTER Voreqe Bainimarama didn’t mince his words this morning when he revealed his stand on same-sex marriage.

Speaking at the official ground breaking ceremony of the Halaiwalu Subdivision in Raralevu, Tailevu, he said he heard rumors that one of the biggest church in our country has welcomed same-sex marriage.

Mr Bainimarama said there are human rights which focus on the rights of an individuals and we will never accept the idea of same sex marriage despite the human rights.

He said he wants Fiji to hear this coming from him as the leader of the nation and the concern of the Government because of the issues that have been highlighted in various religious groups.

Mr Bainimarama warned people to be very mindful of the some of the teachings adopted by some new religious organisations intending to fool people.