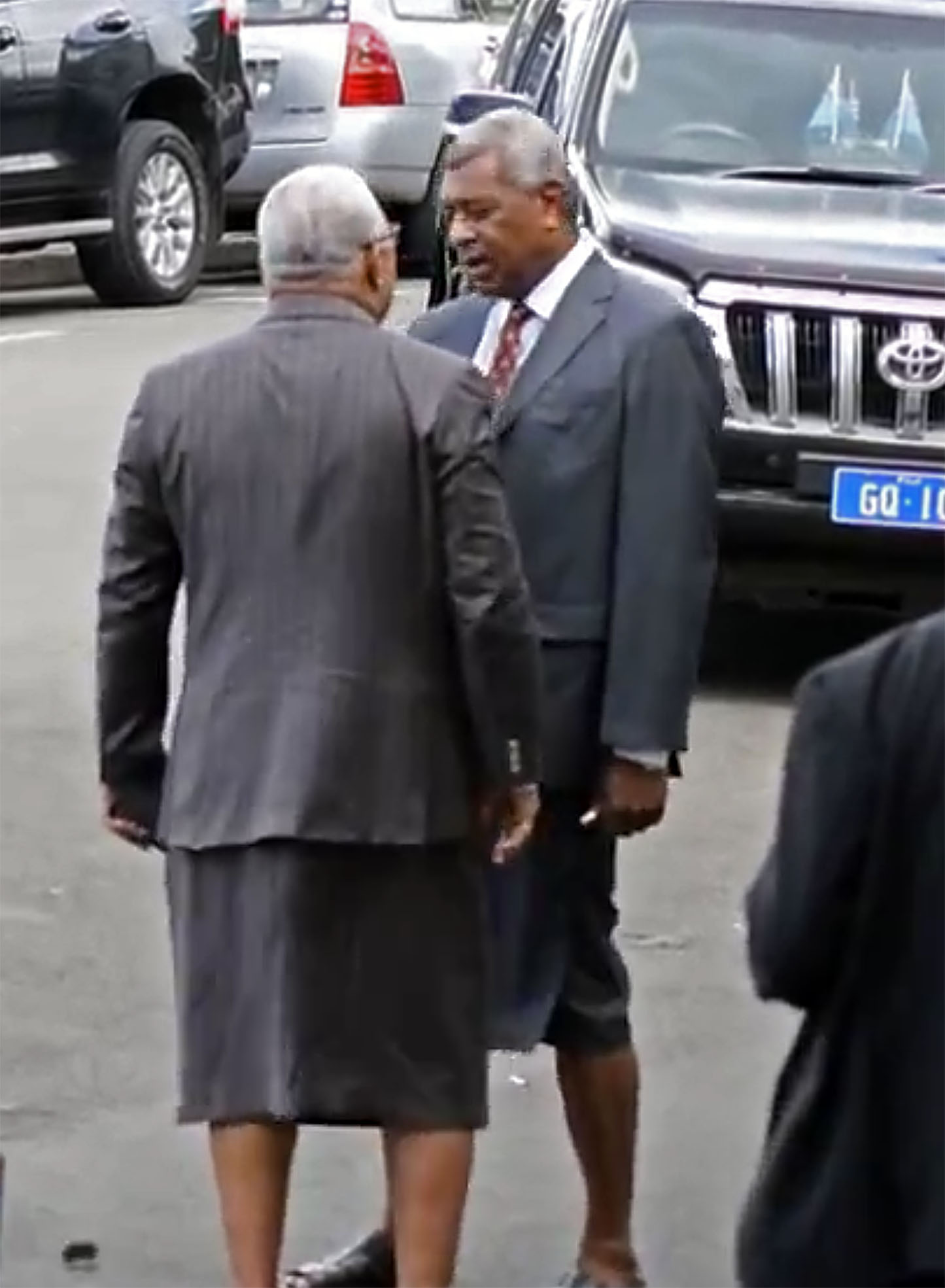 Screen grab from a video showing the alleged manhandling by the Prime Minister Voreqe Bainimarama and moments after the alleged incident. Picture: SOURCED FROM VIDEO FOOTAGE

ANY suspect in an alleged assault case should be interviewed by police under caution.

This is the view of former Criminal Investigation Department director Senior Superintendent of Police Lepani Moceleka.

He said the same rule should have been applied in the case of Prime Minister Voreqe Bainimarama allegedly manhandling Opposition Parliamentarian Pio Tikoduadua outside Parliament.

Speaking to this newspaper at his home in Nadera yesterday, he said this was the procedure he would have followed had the case been brought to his attention during his time.

“For prominent people and serious cases such as murder, it would be referred to the Director of Public Prosecutions for sanction and a final decision to be made.

“The Prime Minister is a prominent figure.

“This (alleged) offence is very easy to investigate but the police will need to know what to investigate and what are the elements and the requirements in this particular case.

“All suspects, in every case that goes to the DPP, should be interviewed under caution and their statement recorded.”

The alleged incident happened more than seven weeks ago on August 9 after a heated debate between the two MPs inside Parliament on a motion to establish a Special Parliament Committee to address the hard drugs issue in Fiji. SSP Moceleka served in the Fiji Police Force for more than 30 years.

He was the CID director under former Police Commissioner Isikia Savua until he retired in 1997.

Police spokeswoman Ana Naisoro said yesterday they would only provide updates in the investigation to the complainant.