Sam Whitelock back as ABs captain, Josh Lord to debut 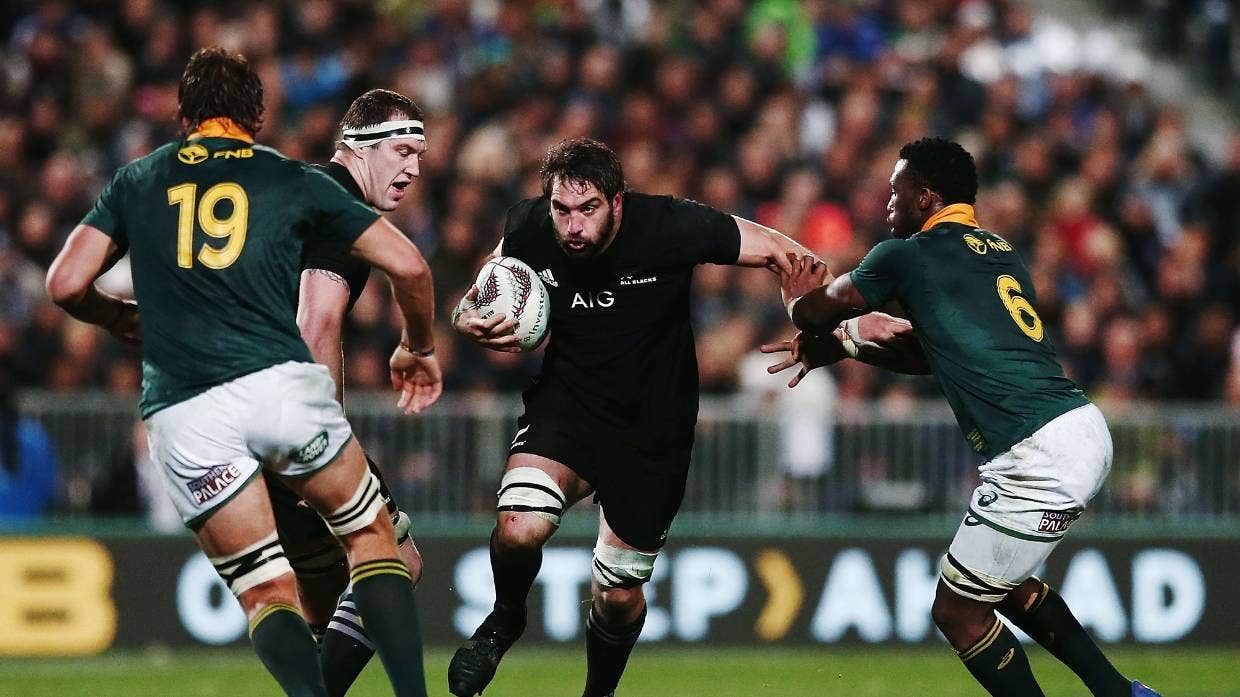 Sam Whitelock will play his first test in more than two months when he leads the All Blacks against the United States. ANTHONY AU-YEUNG/GETTY IMAGES

Captain Sam Whitelock has been thrust into the All Blacks starting team, and the uncapped Josh Lord has been named on the bench for the test against the United States on Sunday morning.

Whitelock, who hasn’t played a test since the 59-22 win over the Wallabies in Auckland on August 14, will start alongside Tupou Vaa’i in the second row, with the 20-year-old Lord likely to be used as a replacement later in the game which will be played at FedEx Field in Maryland, near Washington DC.

All Blacks coach Ian Foster has named a mixture of experience and youth for a match the side is expected to win with ease.

In the starting front row, prop Ethan de Groot gets his first test start after two appearances off the bench this year, and hooker Asafo Aumua gets his second test start of the season.

Angus Ta’avao provides experience at tighthead prop. George Bower and Tyrel Lomax are the prop reserves, with Dane Coles, making his eagerly-awaited return to the All Blacks, on the bench,

Angus Ta’avao provides experience at tighthead prop. George Bower and Tyrel Lomax are the prop reserves, with Dane Coles, making his eagerly-awaited return to the All Blacks, on the bench,

Halfback Finlay Christie will link with No 10 Richie Mo’unga. The inside pairing sees Quinn Tupaea come in at 12 and Braydon Ennor, in his first test start, is at centre.

Will Jordan and George Bridge are on the wings and Damian McKenzie is at fullback. The All Blacks will have experience in the back reserves, with TJ Perenara, Beauden Barrett and Anton Lienert-Brown on the bench.

Foster said in a statement: “We’ve had a great week’s build-up here in Washington DC. The early part of the week was about recovering from our travel and getting clarity around some concepts in our game and we have slowly been building in intensity and getting into our work.

“The chance for us to play in a new city and new stadium is pretty special and the group is really excited and looking forward to the occasion. It’s time to get back into our groove after our break in Australia and with a number of players having not played for awhile. It’s time to get our game going again and we are ready to go.”

Speaking on the newest All Black, Foster said: “Josh Lord is a young man who’s been really enthusiastic since he came in. He’s bringing a lot of energy and learning a lot and we’re looking forward to seeing him go.”

On the players making their first Test starts, Foster added: “Ethan (de Groot) has been raring to go in recent weeks. We’re really excited for him, he’s been training well, and he’s a quality player with a big future.

“Finlay has made the most of his opportunities, and he just keeps growing his game and getting better and better and we’re delighted at how he’s going.

“Braydon has had a year disrupted by injury, but he’s back. He’s running fast, and we’re again looking forward to seeing how he goes.”