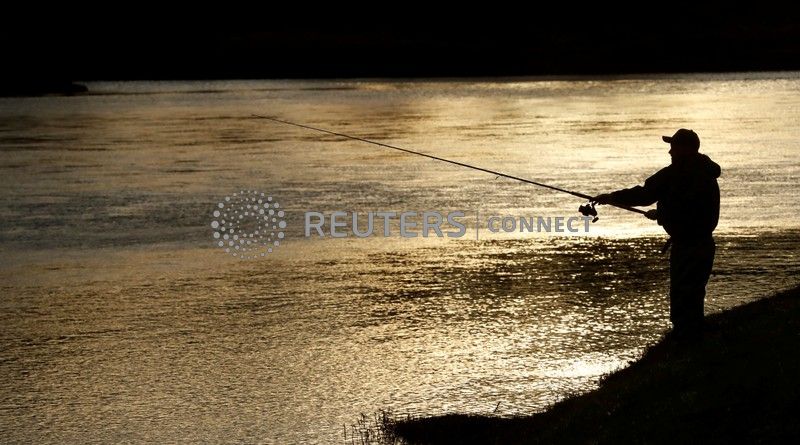 A fsherman casts from the bank. PICTURE: REUTERS/Russell Cheyne

MEIKLEOUR, Scotland (Reuters) – The salmon-fishing season got under way on the banks of Scotland’s River Tay on Tuesday with a whisky toast and pipe band and, more unusually, hopes of rain.

Fishermen and women sporting tweed, Scotland’s traditional woven fabric, lined the river in the northeastern tip of Britain as boats were blessed and some made praying gestures after last year’s long, dry summer.

The fisheries board said it hoped for a return to a more normal pattern of weather and rainfall this year to replenish fishing stocks.