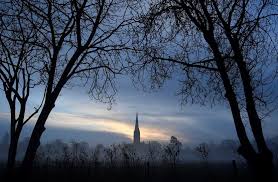 FILE PHOTO: Salisbury Cathedral, in the centre of the city in which former Russian intelligence officer Sergei Skripal and a woman were found unconscious after they had been exposed to an unknown substance is seen at dawn in Salisbury, March 7, 2018. REUTERS/Toby Melville

LONDON (Reuters) – The English cathedral city of Salisbury, the location of a deadly nerve agent poisoning blamed on Russia, was named as Britain’s best place to live by the Sunday Times newspaper. The award comes a little over a year after a former Russian double agent and his daughter were found slumped on a […]