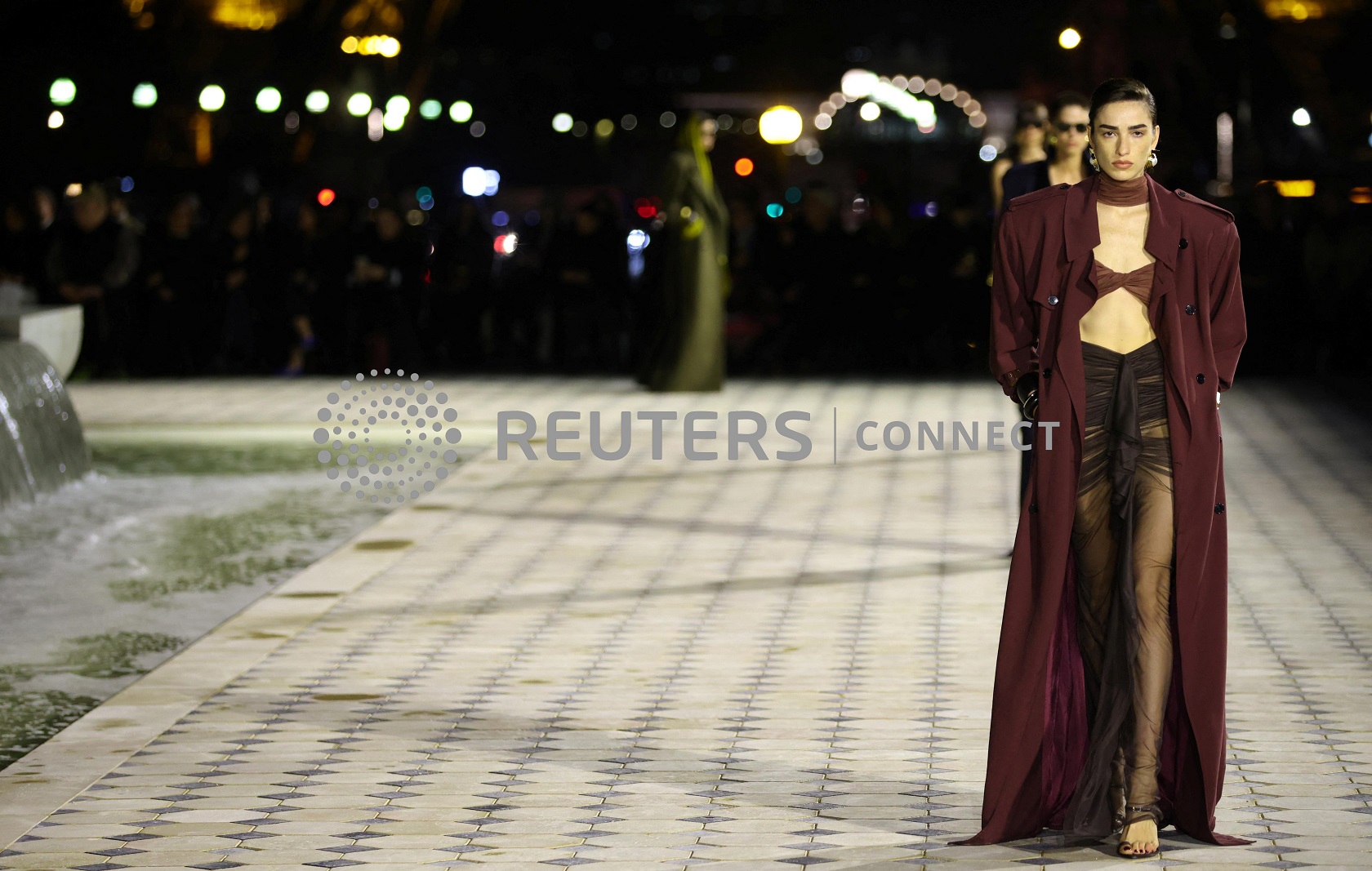 Guests, including Kpop star Rose of Blackpink, trickled into the venue under brooding clouds as night began to fall, stopping for selfies in front of a huge, flowing water fountain, while crowds lined up on the esplanade overlooking the venue.

Models emerged from the dark, making their way slowly down a broad set of stairs before marching around the fountain on towering heels.

They wore sheer, slim-fitting dresses topped with sleek leather coats that had prominent shoulders and swept the ground.

Chunky bracelets and earrings rounded out the looks, a key signature of the designer.

Sticking mostly to monochrome looks – the first model was dressed in olive tones – Vaccarello threw the spotlight on the silhouettes. They were slender with no frills, just touches of draping and the occasional assymetric cut.

After the show, which closed the second day of Paris Fashion Week, guest including Carla Bruni and Rossy de Palma lingered for photos with friends.