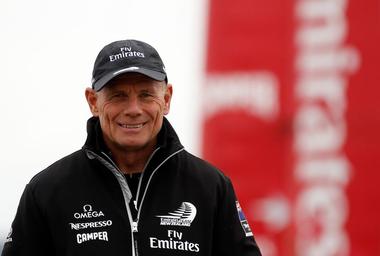 WELLINGTON (Reuters) – Team New Zealand boss Grant Dalton said on Friday there had been a “deliberate” and “sinister” attempt to damage their reputation ahead of their America’s Cup defence and that they were working with the government to address the issues.

The team said earlier this week “informants” had been spreading “highly defamatory and inaccurate” allegations about some of the practices of America’s Cup Events (ACE), a subsidiary of the team formed to organise and run the event.

The Ministry of Business, Innovation and Employment (MBIE), the government department in charge of the event, on Thursday halted any further funding to ACE pending the outcome of an investigation.

“There has been no misappropriation of public money, and we are working with MBIE to clear all allegations,” Dalton said in a statement on Friday.

“Peeling back all of the layers of what is going on here, it is a textbook case of ‘intentional reputational damage 101’. It is a deliberate, sinister, and highly orchestrated attack.

“All this at a time when every hour counts as we try to focus on delivering a great event and defending the America’s Cup.”

On Wednesday, the team said they had asked police to investigate an alleged email scam after transferring money to a fraudulent Hungarian bank account.

Prime Minister Jacinda Ardern told reporters in Auckland on Friday it was important the investigation was completed without any pre-judgements being made.

“We have allegations that have been made and they are being investigated, as you would expect them to be,” she said.

“Once we have those answers we can look through what has happened.”

The 36th America’s Cup will start in January with a regatta between four challengers from Italy, Britain and the United States. The winner then faces Team New Zealand for the America’s Cup next March.