Safety of athletes is Team Fiji’s priority; Organisers discuss how to billet athletes 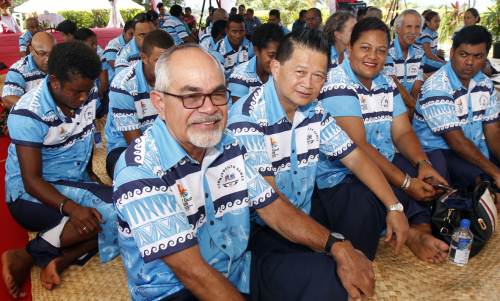 WITH six months to go to the 2019 Pacific Games in Samoa, organisers are discussing how to billet more than 4000 athletes and officials.

According to a media release from the Pacific Games committee, organisers have confirmed that a compound owned by the country’s Methodist Church will act as the games village.

Sporting federations will be hosted by the Methodist Church community, hotels and schools.

Team Fiji chef de mission Patrick Bower said the safety of athletes was a priority by Team Fiji management because they want ed Fiji athletes to have a safe environment to stay for two weeks.

“We are going to be billeted in hotels, schools and by churches as mentioned by the organisers late last year,” Bower said.

“We are hoping that the team will be accommodated well and with the big contingent of athletes, they will enjoy their stay and feel comfortable so they can perform well.”

About 4000 athletes from 24 participating countries are expected to attend the games.