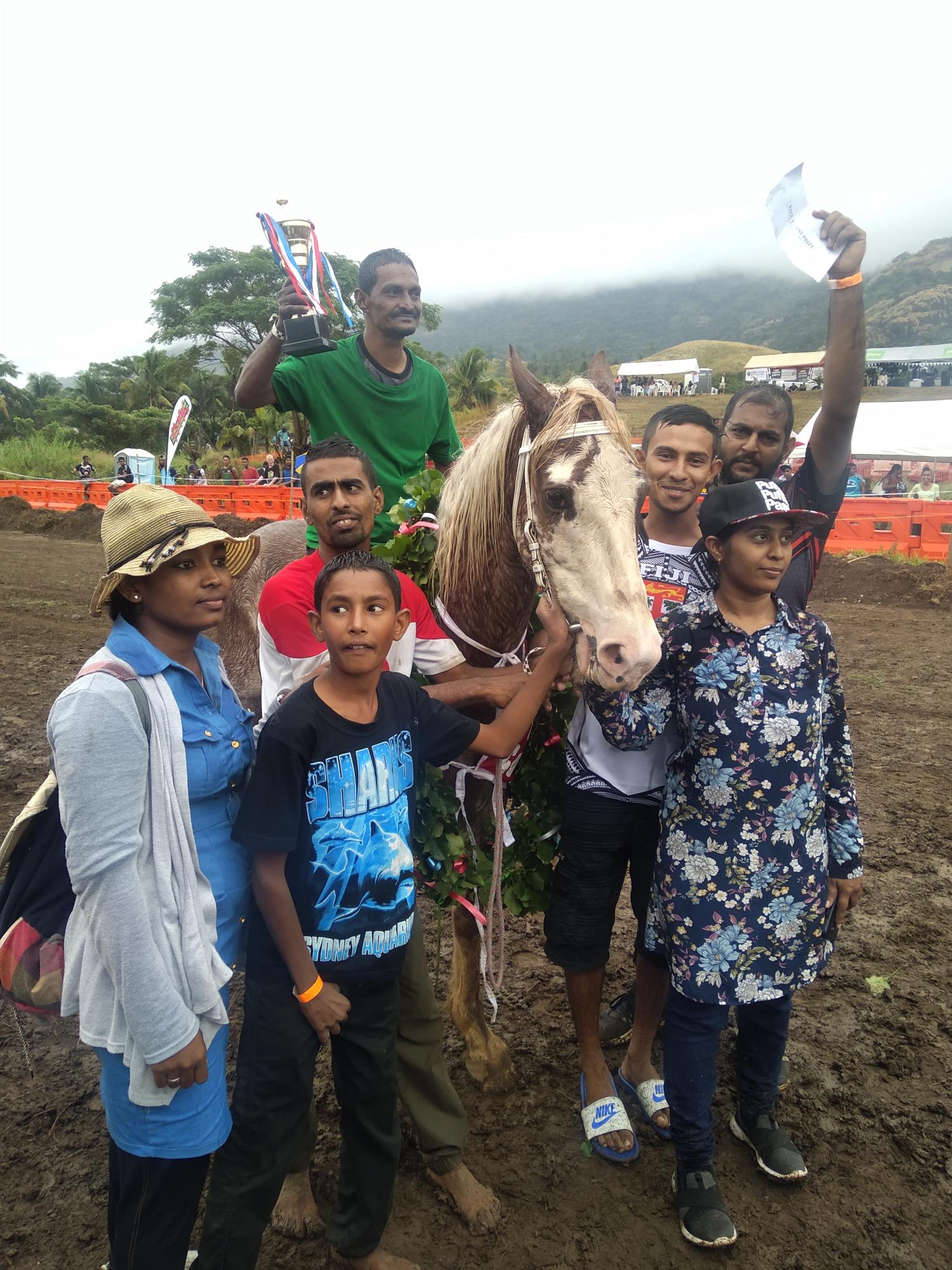 Jockey Mashuk Ali bonded with Vodafone from the starting of the race and kept the momentum going until the final lap to win the race.

“Im very happy especially on my second win and Vodafone was really strong throughout despite running two races with less than an hour of break,” said Ali.

Vodafone won the Flame Tree Open 250m earlier and has scooped another title.

Ali and Vodafone are from the interior of Sigatoka in Keiyasi, Navosa.