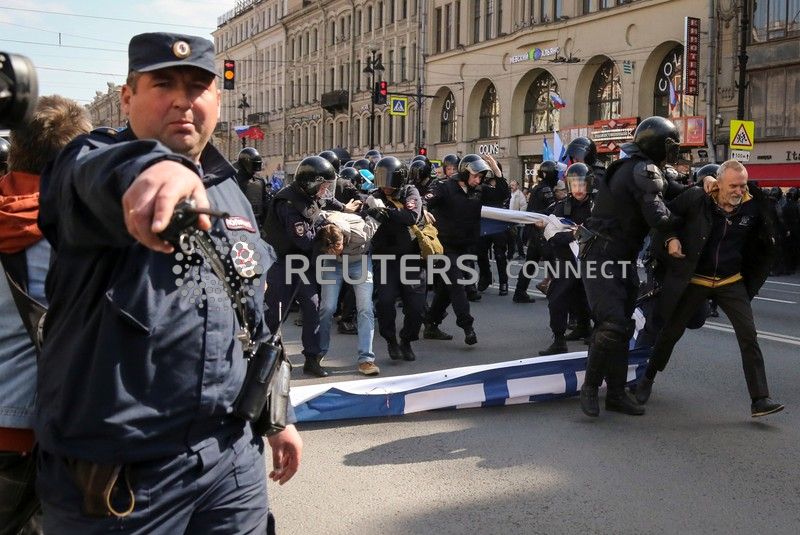 OVD-Info, the monitoring group, said 124 people had been detained across Russia, and that most of the detentions, 68, had taken place in St Petersburg where several hundred people had taken to the streets calling for fair elections.

The protests took place at a time when Putin’s rating has fallen to around 60 percent from a high of some 90 percent. That, say pollsters, is partly because the government has announced unpopular moves to raise the retirement age and hike value added tax after five years of falling real incomes.

Putin, who has been in power as either president or prime minister since 1999, was re-elected last year and is due to stay in office until 2024.

Many communist party supporters also marched through the streets of Moscow and other cities on Wednesday.