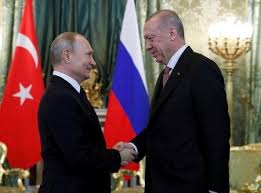 ISTANBUL/MOSCOW (Reuters) – Russia said on Tuesday it plans to deliver its S-400 missile defense systems to Turkey in July, setting the clock ticking on a U.S. threat to hit Ankara with sanctions if it goes ahead with a deal that has strained ties between the NATO allies. Turkey and the United States have sparred […]