Russia must be held accountable for cyber attacks: Mattis 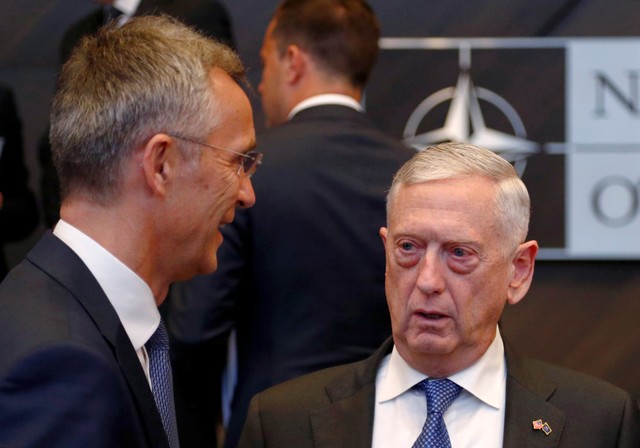 BRUSSELS (Reuters) – U.S. Defense Secretary Jim Mattis said on Thursday Russia must be held accountable for its attempts to hack the Organization for the Prohibition of Chemical Weapons (OPCW).

“Basically, the Russians got caught with their equipment, with people who were doing it and they have to pay the piper, they are going to have to be held to account. How we respond is a political decision by the nations involved,” Mattis said after a meeting with his NATO counterparts, although he said there would not necessarily be a “tit-for-tat” response by the West.

Britain and the Netherlands have accused Russia of running a global campaign of cyber attacks to undermine democracies, including a thwarted attempt to hack into the U.N. chemical weapons watchdog while it was analysing a Russian poison used to attack a spy.

“We are ready today to provide cyber support to our allies, I’ve seen enough of the evidence to say that the Dutch and the British are 100 percent accurate in who they have attributed this to,” Mattis said.