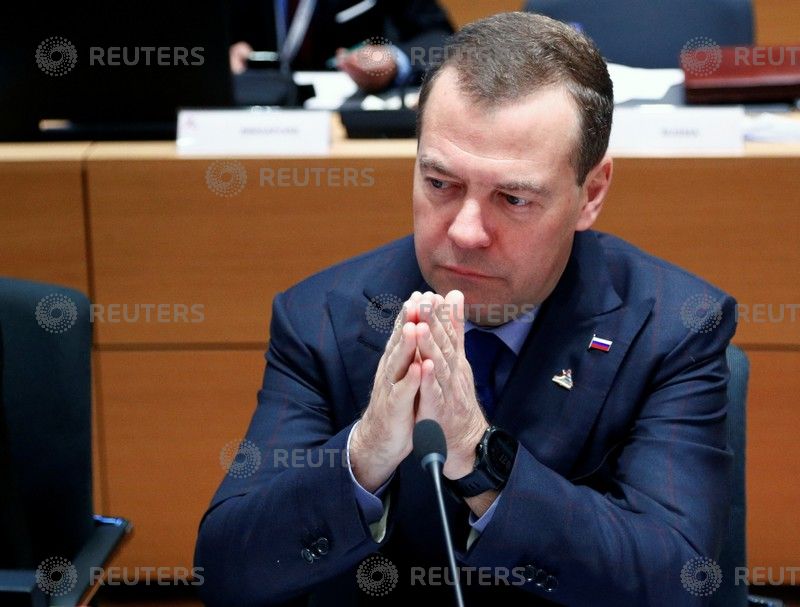 MOSCOW (Reuters) – Russia imposed financial sanctions on Ukraine’s political elite on Thursday, freezing the Russian assets of hundreds of politicians and officials along with dozens of businesses owned by Ukrainian businessmen.

The sanctions were set out in a decree signed by Russian Prime Minister Dmitry Medvedev and were described as counter-sanctions drawn up in response to similar Ukrainian measures against Russian citizens and companies.

The decree said targeted individuals and firms would have their financial and property assets frozen in Russia and would not be able to repatriate them to Ukraine.

Ties between Moscow and Kiev have steadily deteriorated since Russia’s 2014 annexation of Ukraine’s Crimea and the outbreak of a pro-Russian separatist uprising in eastern Ukraine.

Kiev has imposed its own financial sanctions on hundreds of Russian individuals and companies.

It was not immediately clear how big an impact the Russian sanctions would have on the Ukrainian economy.