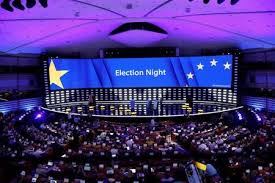 FILE PHOTO: A general view of the Plenary Hall during the election night for European elections at the European Parliament in Brussels, Belgium, May 27, 2019. REUTERS/Francois Lenoir

An EU review into elections to its parliament, published on Friday, said there was evidence both Russian and European online sources had sought to promote extreme views and polarize debate on issues such as migration and religion.

The preliminary report is the latest in a string of allegations from Western governments that Russia has used online disinformation techniques, including the creation of fake social media accounts, to try to influence voters.

Sites such as Facebook have come under particular pressure to tackle the issue since the 2016 U.S. presidential election campaign, when Russian troll accounts and bots allegedly flooded social media platforms with content aimed at undermining Democrat candidates and promoting the victory of current U.S. President Donald Trump.

“Statements made in the Western media that Russia was allegedly deeply interested in the victory of right-wing parties during elections to the European parliament are completely absurd,” Russian security council deputy secretary Alexander Venediktov was quoted by Rossiyskaya Gazeta as saying in an interview on Sunday.

“Let me remind you that, until today, no convincing evidence has been presented to the global community to prove that Moscow allegedly tried to influence the elections in the United States or in Europe,” Venediktov was quoted as saying.

It called on social networks to do more to protect elections from foreign meddling.