Russell back in the driving seat for Scotland 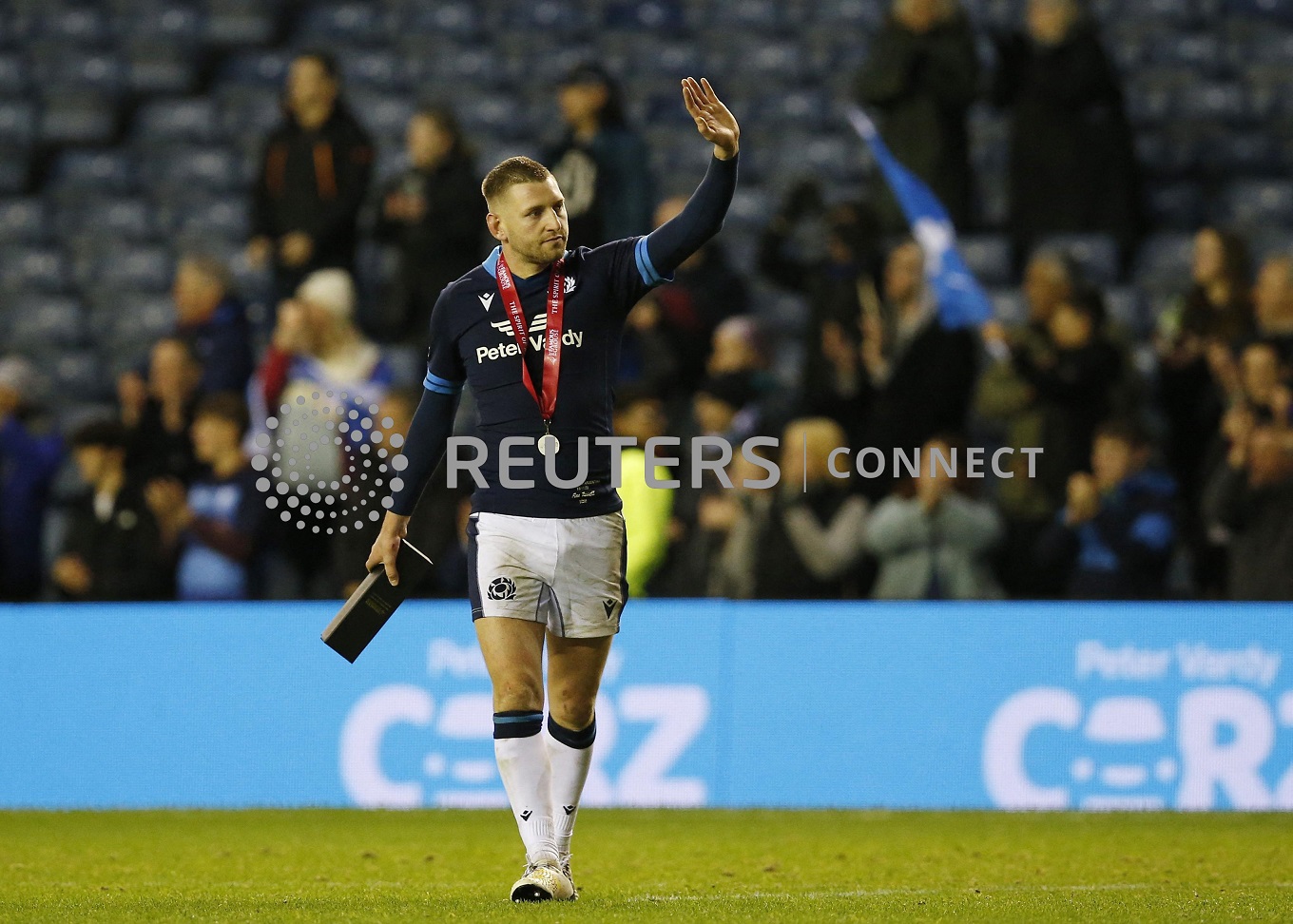 EDINBURGH (Reuters) – Finn Russell wasted no time in reminding Scotland of his match winning ability, an admission coach Gregor Townsend has been forced to make after initially leaving the maverick flyhalf out of his squad.

In Saturday’s 52-29 win over Argentina, the last of Scotland’s four autumn internationals at Murrayfield, Russell dispatched the home attack to all corners as they ran in eight tries to end the year in convincing style.

Yet Russell’s test career looked at an end last month when Townsend left him out of the squad in the latest episode of a long-term frosty relationship between coach and playmaker.

Townsend seemed, instead, to be backing Blair Kinghorn as the new flyhalf but he missed a last gasp kick that cost Scotland victory against Australia on Oct. 29 and then alternate option Adam Hastings was injured the next week as they beat Fiji.

It forced Townsend to recall Russell, who was straight back into the starting line-up for last weekend’s loss to New Zealand before turning it on against Argentina.

“He’s now the man in possession and he’s played really well the last two weeks, so it will take something from Blair and Adam to change that,” said Townsend afterwards.

“I thought Finn was really good out there and there were parts of his game that don’t get talked about a huge amount. I said to him in the changing room he had three tackles in a row in the first half and showed his competitiveness there.

“He had a very good carrying game and a really good fend and offload, and that created linebreaks. His passing skills are up there with the best in the world and maybe we expect that, those great passes, but they led to good opportunities. A very good display.”

Russell was also pleased, despite a nonchalant air. “Most people would see on the pitch that I am enjoying myself, I am smiling all the time. I am having fun with the boys. We are running some good tries in and it’s great to be a part of that. It’s great to be back,” he said.

(Writing by Mark Gleeson in Doha; Editing by Kirsten Donovan)