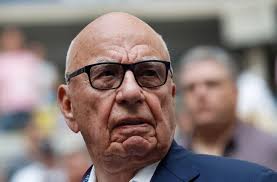 (Reuters) – Rupert Murdoch suffered from pneumonia about three weeks ago and is now recovering, CNN Business reported on Thursday, citing people familiar with the matter.

The media mogul went to a Los Angeles hospital at the time, according to the report, which added it was not clear if he was admitted.

He is now doing well and is expected to call into a London board meeting on Friday, CNN reported.