‘Run to the pickup!’: One worker’s unlikely escape from death as dam bursts 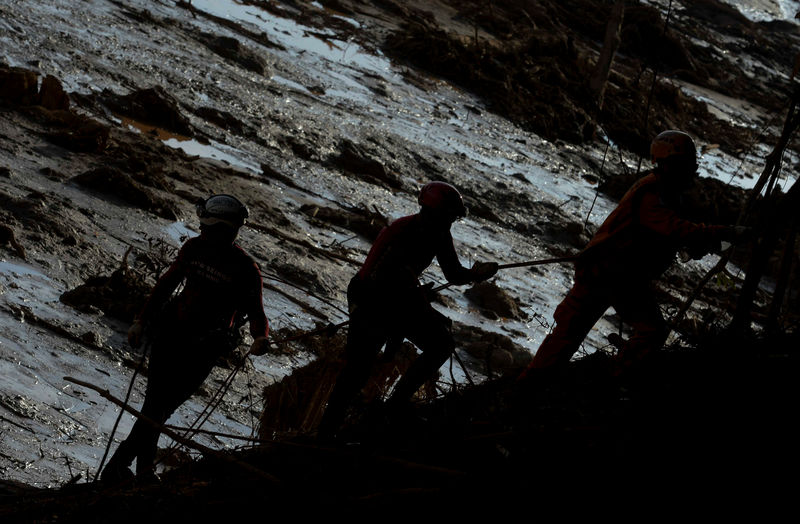 Leaders at the local mining union in the Brazilian town of Brumadinho, where a tailings dam burst on Friday, likely burying over 300 people, describe the deeply devout father-of-two as one of the disaster’s most unlikely survivors.

He is one of a handful of Vale workers who escaped from around a company cafeteria, which was packed when the dam gave way at lunchtime, releasing a wave of mining waste that crushed the facility. (tmsnrt.rs/2Tlh0kR)

In a 45-minute interview on Tuesday, Ribeiro, who sports scars on his legs, arm and shoulder-blade from the ordeal, is quick to attribute his survival to his Christian faith. But even the less devout find his story — involving a last-second getaway on a pickup truck — miraculous.

“At the moment the disaster happened, I was right outside the restaurant,” said Ribeiro. “First, I saw water. And then I saw that mountain, two-and-a-half stories tall, coming down on top of us.”

Ribeiro had been sitting at a kiosk directly outside the entrance to the dining hall, greeting colleagues as they entered. He reckons nobody who went in made it out.

The initial wave of water, he said, sounded like the ocean. The wall of sludge that followed was roaring “like a detonation that never ends.”

Ribeiro raced downhill alongside colleagues, while working his way toward the side of what would become the mud flow. As he picked up speed, he fell over, regained his footing and fell over again.

The second time he hit the dirt, he was sure it was over.

A Toyota pickup, loaded with about a dozen colleagues, appeared a few meters away. He said that for a moment the mud flow seemed to slow down as it smashed into several buildings.

Picking himself up, he was the last to arrive at the pick-up, grabbing onto colleagues as it sped up the side of the ravine and out of danger.

Most of those who had been running alongside him were not so lucky. Among them, he said, was machine operator Wilson Jose da Silva, 53, a friend perhaps best-known for an internet video that shows him singing and dancing in a Vale locker room, which has gone viral since the disaster.

Unlike many in the Brazilian state of Minas Gerais, whose residents have suffered two disasters from dams linked to Vale in less than four years, Ribeiro holds no ill will toward the world’s largest iron ore miner. He said he had always known the company to prioritize the safety of its workers.

Still, he recommends against living downstream of a dam.

“There’s no such thing as a safe dam,” he said.