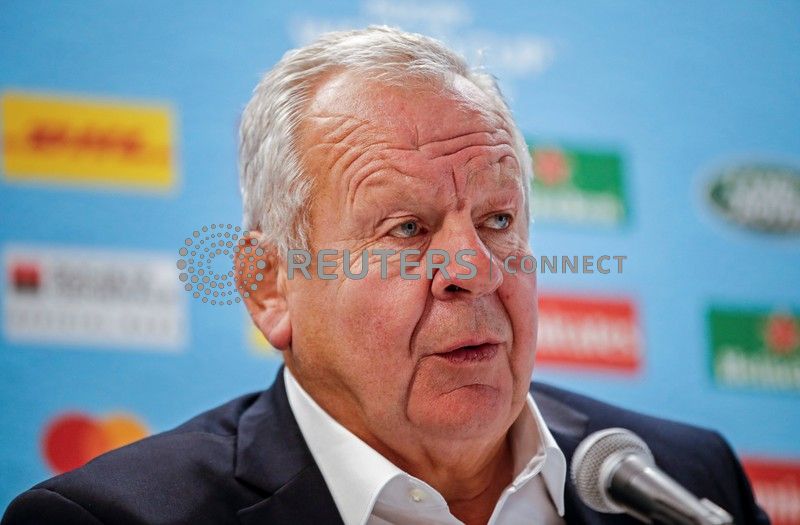 WELLINGTON (Reuters) – New Zealand, England and Canada were confirmed as the top three seeds for the women’s 2021 Rugby World Cup after the game’s governing body opted to use rankings from the start of the year with southern hemisphere teams unable to play due to COVID-19 curbs.

The draw for the tournament will be conducted in Auckland on Nov. 20. The event, to run from Sept. 18 to Oct. 16 next year, will take place in New Zealand, the first time it has been hosted in the southern hemisphere.

Champions New Zealand, 2017 runners-up England and Canada occupy the top tier of seeds. France, who finished third in 2017, Australia and the United States are the second tier.

Wales, who were the seventh team to qualify automatically based on their 2017 finish, South Africa and the top-ranked European qualifier make up the third tier of seeds.

Oceania winners Fiji, a team from Asia and the team that wins the final qualifying tournament are in tier four.

World Rugby said in a statement the seedings were based on rankings as of Jan. 1, 2020 as restrictions imposed to halt the spread of the novel coronavirus meant none of the southern hemisphere teams were able to play this year.

“We are in unusual and unique times with the ongoing global COVID-19 pandemic,” World Rugby Chairman Bill Beaumont said.

“However, working in full partnership with New Zealand Rugby and local and national authorities, we are committed to a spectacular Rugby World Cup 2021.”

Matches will be held in Auckland and Whangarei, with the final to be held at Eden Park, which hosted the 1987 and 2011 men’s World Cup finals.