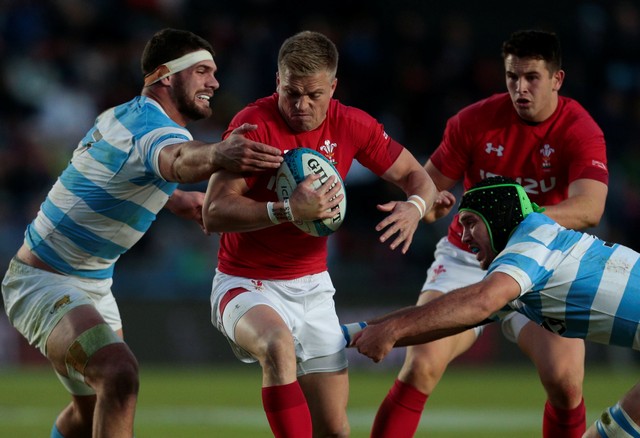 SANTA FE, Argentina (Reuters) – Wales completed their first test series victory in Argentina since 1999 on Saturday when they overran the Pumas 30-12 in a one-sided match in Santa Fe.

Josh Adams and Hallam Amos grabbed tries each side of half time and Rhys Patchell kicked 20 points for Warren Gatland’s side to complete back-to-back wins following a 23-10 triumph over the home side last week.

Wales were the strongest side from the off and raced into a 19-0 lead thanks to Adams’ try and four penalties from Patchell.

Bautista Delguy got a try back for Argentina moments before halftime but the Welsh tore in the Pumas again in the second half, with two quick penalties from Patchell and a converted try from Adams.

Julian Montoya put a more respectable sheen on the scoreline when he ran over for a try with the last move of the game and Nicolas Sanchez converted.

The only blemish for Wales came in the dying seconds when Ross Moriarty was shown a red card for choking.

The result means that Argentina, who face Scotland next week, have won only two of their last 17 internationals.