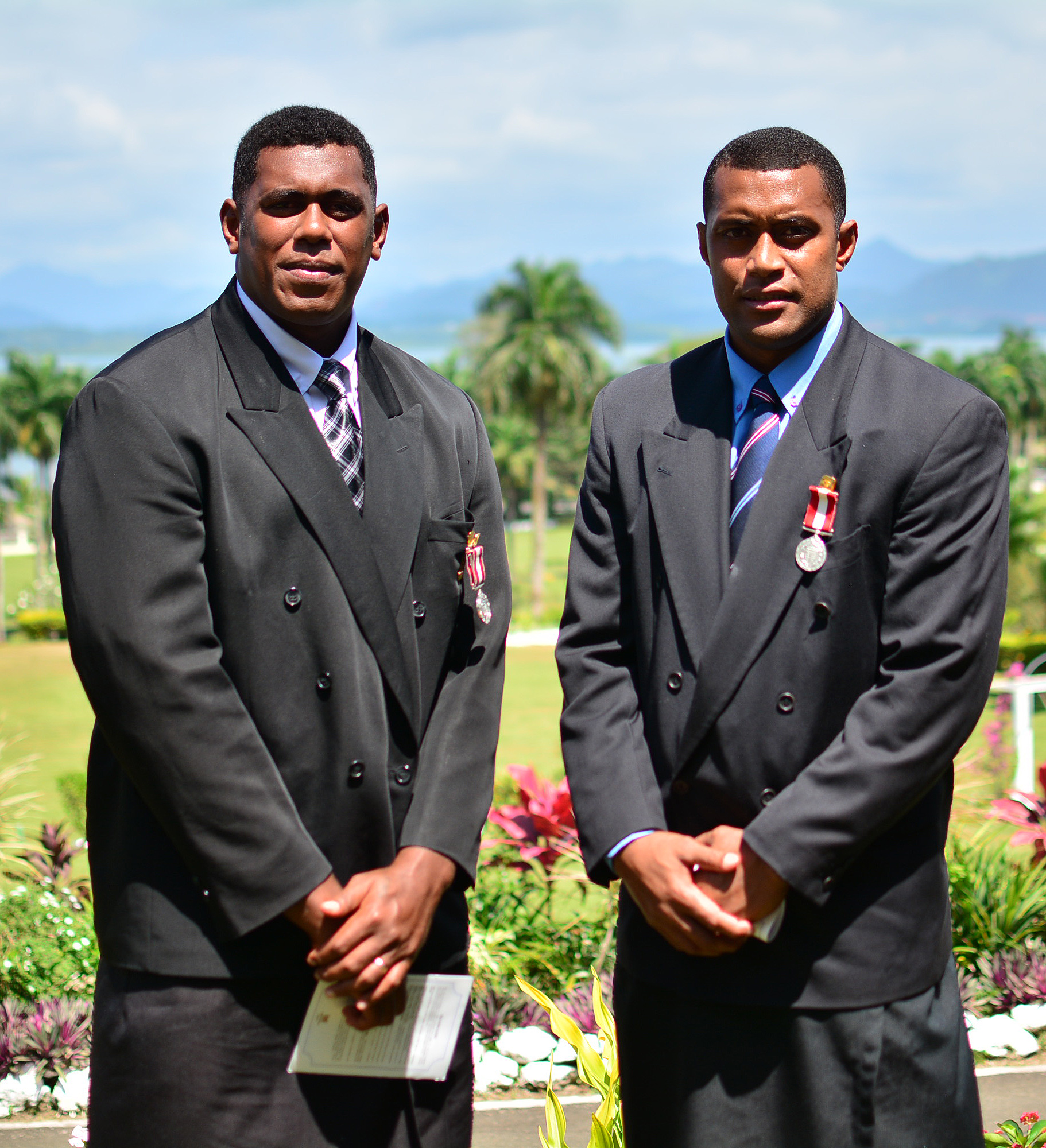 SEVEN’S speedster Samisoni Viriviri was awarded by President Jioji Konrote the Medal of the Order of Fiji (MOF) for service worthy of a particular recognition.

Viriviri received his award alongside Kalione Nasoko and Vatemo Ravouvou during the Order of Fiji investiture ceremony held at the State House yesterday.

He said he was thankful to God for bestowing upon him the talent that he had to be able to receive the award.

“I am also thankful to my mother and my wife for always supporting my rugby career until now so I am very thankful to the both of them,” he said.

“I am also very happy that I have been awarded this medal.”

Virviri extends his well-wishes to the Fiji Seven’s team ahead of the Dubai tournament.

“My well wishes are with the boys and I hope that they will be able to achieve what they have set out for the Dubai tournament and win.

“I also urge the rest of the country to continue to pray and wish our boys well when they run on the field to play for our country.”

Meanwhile Fiji is pooled with France, Argentina and Japan for the Dubai 7s.

Fiji’s first pool match is against Japan at 4.02am on the 6th of next month, Fiji will take on Argentina at 10.04pm and they will face France in their last match at 3.04am on December 7.