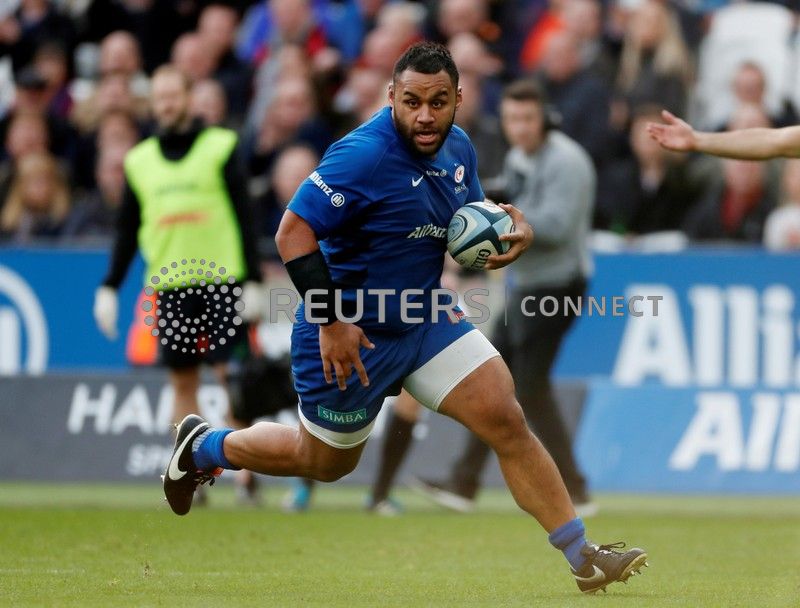 (Reuters) – Saracens reprimanded Billy Vunipola and warned him about future conduct after he “liked” condemnatory comments about gay people and others by Australia fullback Israel Folau on social media.

England number eight Vunipola was among some 30,000 Instagram users who “liked” the post by Folau, a fundamentalist Christian, saying “sinners” including drunks, atheists and gay people were going to “hell” if they did not repent.

The 26-year-old was booed during Saracens’ Premiership defeat by Bristol on Saturday.

Saracens said senior representatives of the English Premiership club had held lengthy discussions with him.

“We recognise the complexity of different belief systems and understand Billy’s intention was to express the word of God rather than cause offence,” its statement said.

“However, he made a serious error of judgement in publicly sharing his opinion, which is inconsistent with the values of the Club and contravenes his contractual obligations. The player has been formally warned about his future conduct.”

In a separate statement, Vunipola was remorseful.

“I can see that my recent post has hurt people. My intention was never to cause suffering,” he said.

“My intention was to express my belief in the word of God. These beliefs are a source of great strength, comfort and guidance in my life. This is deeply personal and does not represent the views of my team.

“Anyone who knows me, knows I live with kindness and love towards ALL people.”