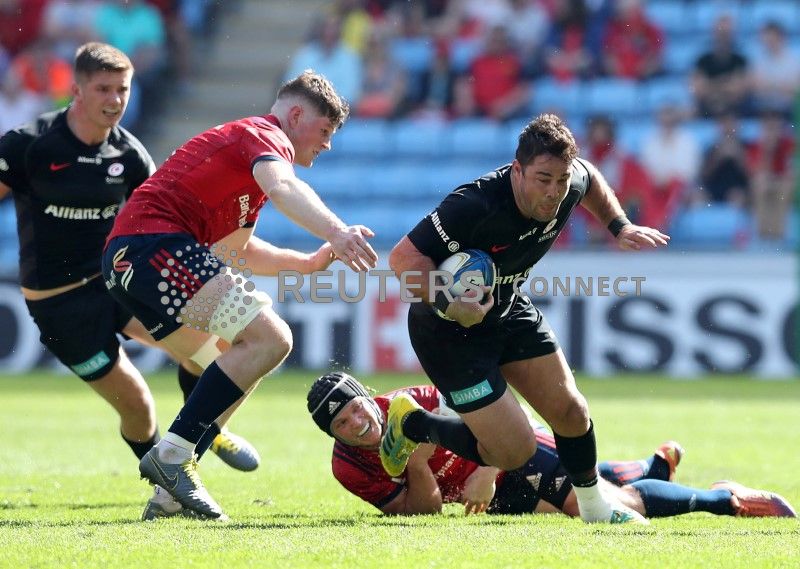 (Reuters) – Saracens captain Brad Barritt has recovered from a hamstring injury to start against Exeter Chiefs in Saturday’s Premiership final, the club said on Friday.

Centre Barritt was a doubt after he limped off the pitch inside the opening half hour of their semi-final rout of Gloucester.

The 32-year-old’s return means the European Champions Cup winners will start with an unchanged starting line-up as they bid to retain their domestic crown.

Exeter have also named an unchanged side from their semi-final victory over Northampton Saints.

Saracens start as the favourites to become English champions for the fourth time in five years and complete a second domestic and European double.

Two of those domestic final wins came against Exeter, who collected their maiden trophy two years ago by beating Saracens in the semi-final and Wasps in the title decider.