Rugby – No switch to dates for Lions tour despite Olympics clash 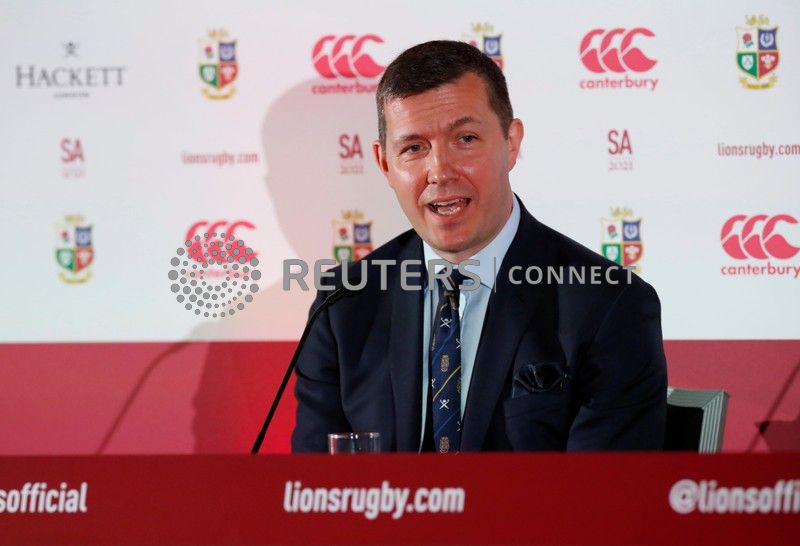 CAPE TOWN (Reuters) – The British & Irish Lions tour of South Africa in July 2021 will not be shifted despite a direct overlap with the new dates for the Tokyo Olympic Games that were announced on Monday.

The Olympics have been pushed back a year due to the global coronavirus pandemic and will now start on July 23, 2021, the day before the first of three tests on consecutive weekends between the Lions and world champions Springboks.

“The priority right now has to be the safety and wellbeing of all those affected by the global Covid-19 pandemic,” Ben Calveley, British & Irish Lions Managing Director, told Reuters.

“We are determined to play our part in what will be an extraordinary summer of sport. There should not be any direct clashes with Lions matches and Olympic events given the time difference between South Africa and Tokyo, so fans should not miss out on any action.

“We are expecting a fantastic series against the world champions.”

The clash in dates will narrow the options for the Springbok Sevens side that will compete in Japan, with the likes of wing Cheslin Kolbe, who won bronze in Rio de Janeiro four years ago, otherwise occupied with the 15-man game.

Other players such as loose forward Kwagga Smith and centre Ruhan Nel, who might have hoped to make both teams, will now have to make a choice.

The decision to stick to the dates of the Lions tour, which starts on July 3 with the first of five matches against provincial and invitational sides before the opening test on July 24, at least brings some welcome certainty to arguably the biggest rugby attraction outside of the World Cup.

The World Rugby calendar has many question marks remaining though, with the 2020 Six Nations yet to be completed and the July internationals for this year under threat and likely to be scrapped.