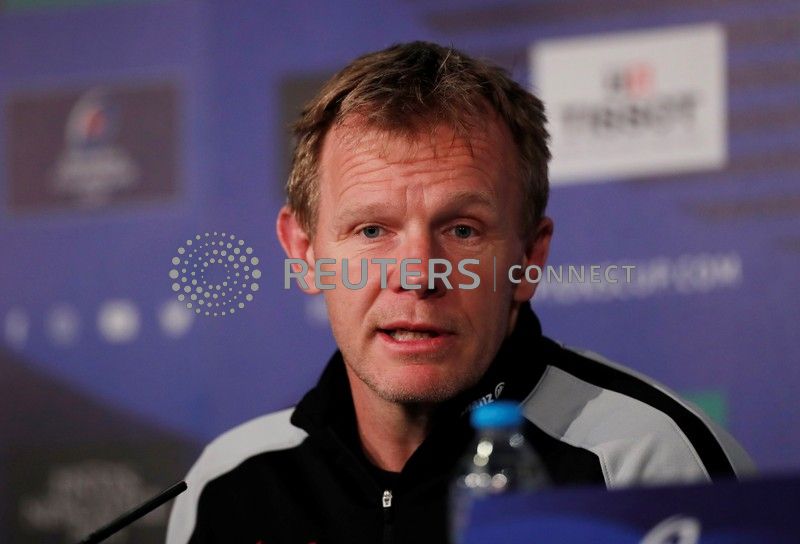 LONDON (Reuters) – Saracens coach Mark McCall has seen his team scale the heights during a glorious last five years but said his players continue to amaze him after they fought back from 11 points down to beat Exeter 37-34 in the Premiership final on Saturday.

“We huffed and puffed but made a lot of errors and at 27-16 down most teams are crushed,” he said. “You’re tired, it’s hot, you’re not playing very well but somehow this group found a way to rally themselves physically and emotionally.

“Exeter played really well and either side of halftime we couldn’t control them but this group never ceases to amaze me – somehow they found energy.

“Then, once we went three points up I thought we played brilliant pressure rugby and it was a masterclass in how to close out a game.”

The victory completed a second European/domestic double for Saracens and was their seventh successive victory in a final. McCall said it was probably the worst they had played in any of them – which made it probably the most satisfying.

“I suppose it’s because of what we’ve been through,” he said. “Six years with this group of players, and we’ve had some painful experiences.

“But they decided to give it a proper go and emotionally we were very good in that last 20 minutes.

“I just feel lucky to be a part of it, we are on an incredible journey at the moment.”

Captain Brad Barritt, who did not emerge for the second half due to a hamstring problem, said it was tough watching from the stand as Exeter appeared to be heading for victory. “It’s tough to come back from that deficit,” he said. “I had no doubt the team would galvanise but whether it would be enough I didn’t know.

“But the way in which the team responded is a hallmark of what this team is about, never giving up and having a relentless attitude.”