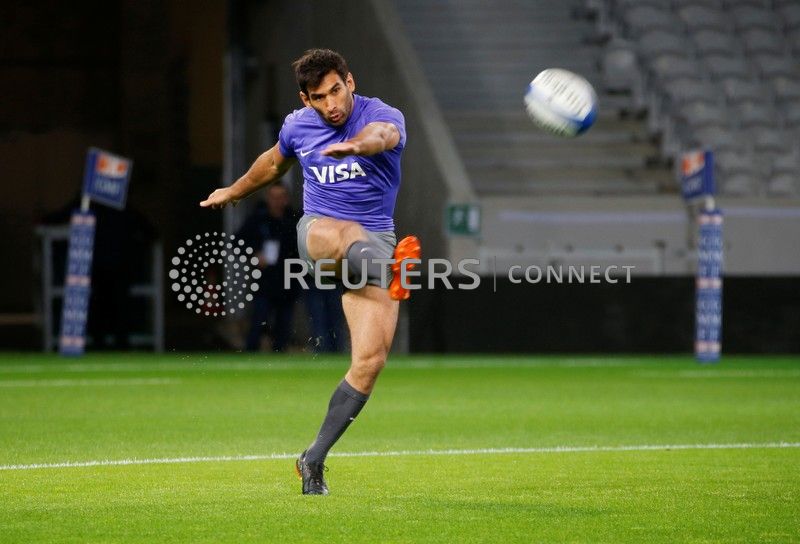 BUENOS AIRES (Reuters) – Four years of hard work have gone into the Jaguares’ fairytale journey to their first Super Rugby final, centre Matias Orlando said after their semi-final victory over the ACT Brumbies on Friday.

The Argentine side, in only their fourth season in the mostly southern hemisphere competition, dominated the Australian conference champions in a 39-7 win at Jose Amalfitani Stadium.

While other expansion teams have struggled for many seasons to make a mark in Super Rugby, the Jaguares have reached the title decider in their second playoff campaign.

Orlando, who like most of his Jaguares team mates is also an experienced Argentine international, said it should by no means be seen as an overnight success.

“The soul of this team is the special bond we have built,” the 39-test midfield back told reporters.

“We worked harder than they did and we dominated them, we did not let them play, it’s the effort we have been putting in for four years.”

While Orlando pitched in with two tries in the second half, it was the 20 unanswered points they scored in the first 20 minutes that effectively secured the spot in the final against the Canterbury Crusaders or Wellington Hurricanes.

“We knew it was going to be like this, we went out from the first minute and we steamrollered them,” said lock Guido Petti, who with second row partner Tomas Lavanini destroyed the much vaunted Brumbies lineout.

“Without doubt, we came out to give it our all. We knew that the set pieces were going to be hard and we completely dominated them.

“I think we dominated them the first 20 minutes, then we relaxed and they scored a try. But in the second half we came out again focused and that’s how it went.”

The victory was the 11th in 12 games for the South Africa conference champions, a run that included wins over former Super Rugby champions the Bulls, the Hurricanes, the Waratahs, the Reds, the Brumbies (twice) and the Chiefs.

The Jaguares were forced to put in a huge defensive effort to hold off the Chiefs in the latter stages of their quarter-final last week, however, and Orlando said they had been determined not to let the opposition off the hook on Friday.

“During the week we decided to surprise them, and start like we did against the Chiefs but not let up,” he added.

“We did that for the first 20 minutes then we dropped off, but we came out in the second half to win the game.”