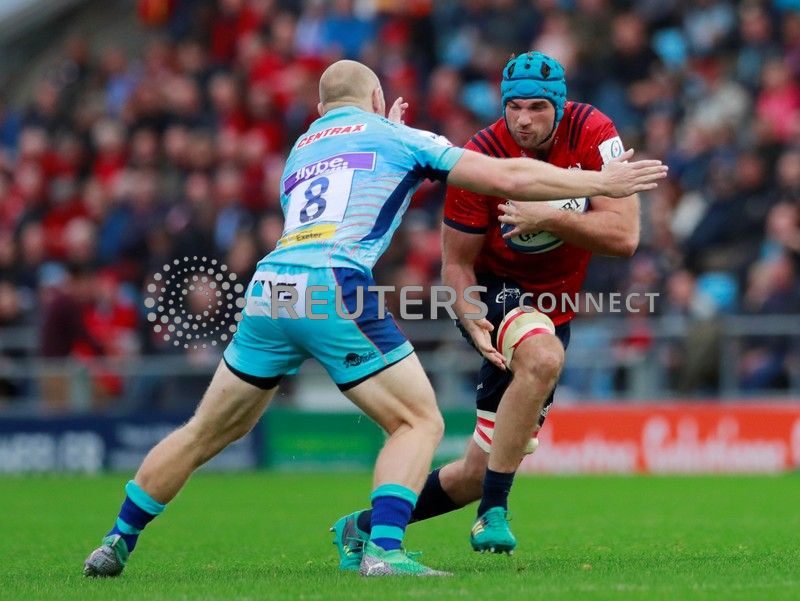 (Reuters) – Ireland forward Tadhg Beirne is out of the first two rounds of the Six Nations championship with a knee injury and Quinn Roux has been called up as a replacement, the Irish Rugby Football Union (IRFU) said on Monday.

Munster lock Beirne was injured during their European Champions Cup win over Exeter on Saturday and has been ruled out after having a scan, the IRFU said in a statement.

Ulster lock Iain Henderson is also likely to miss the first two rounds of the Six Nations after his club confirmed he had injured his finger in their Champions Cup win over Leicester Tigers on Saturday and could be “sidelined for several weeks”.

Leinster’s Adam Byrne, who can play on the wing or as a fullback, has been asked to travel to Ireland’s training camp in Portugal this week as cover for the injured Andrew Conway.

Conway also picked up a knock while playing for Munster on Saturday and will only return to training next week, ahead of Ireland’s opening Six Nations match against England in Dublin on Feb. 2.