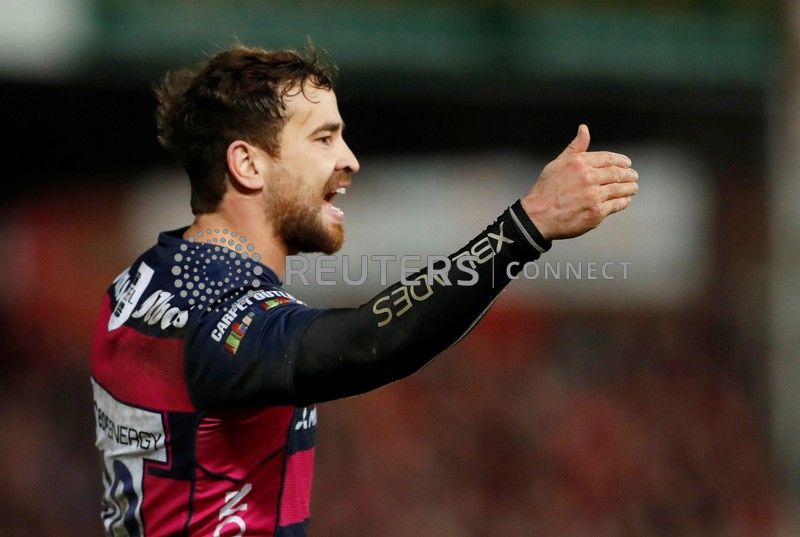 (Reuters) – England flyhalf Danny Cipriani capped a fine first season with Gloucester Rugby by being named the Player’s Player of the Year by the Rugby Players’ Association (RPA) on Wednesday.

The 31-year-old, who guided Gloucester to their first playoff appearance since 2010-11, polled the most number of votes from his fellow professionals to claim the honour.

The 2008 Young Player of the Year became only the third player in RPA history to have won both major awards, following in the footsteps of Christian Wade and Jonny Wilkinson.

“It’s humbling to be named the winner of such a prestigious and special award,” Cipriani said in a statement.

“Rugby is the ultimate team sport and every day we work exceptionally hard together as a club to improve every aspect of our performance,” Cipriani added.

“I’d like to thank my fellow professionals for the wonderful recognition and to everyone who has continued to support me along this journey.”