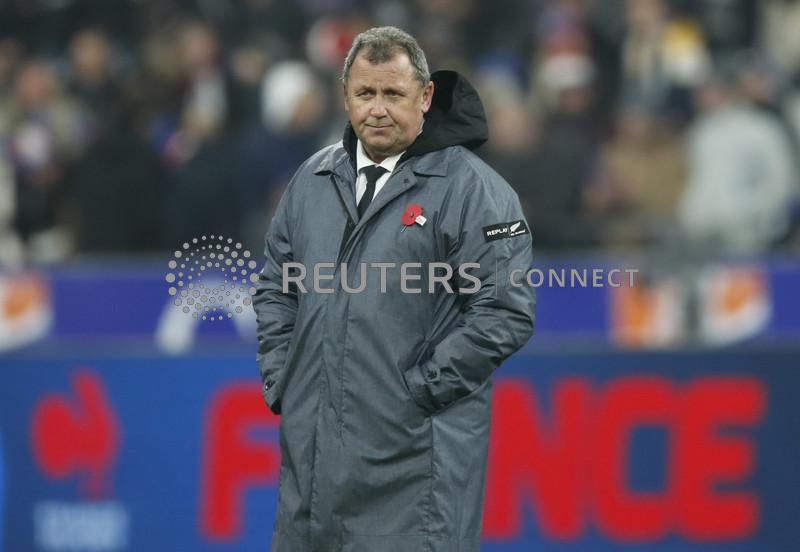 (Reuters) – New Zealand coach Ian Foster believes 2021 was a unique season and there is no need for panic just because the All Blacks lost their last two tests of their European tour against Ireland and France.

Foster has come under a barrage of criticism back home after the 40-25 loss to France on Saturday with calls in the media for him to be replaced by Canterbury Crusaders coach Scott Robertson.

“I get the fact that people are upset because we lost two games, and it’s hard to explain the circumstances that we’ve been in,” Foster, who is contracted until after the 2023 World Cup, told New Zealand’s Sky Sport.

“I don’t want to be coming across as if we’re giving excuses for that but this has been a remarkably difficult year in many ways.

“We’ve been on the road for 13 weeks, we’ve had two lots of five test matches in a row, and we’ve run out of steam in two at the end.”

Foster, who led the All Blacks to 12 wins and three losses in 2021, said the southern hemisphere teams had probably played too much rugby this year given the quarantine and restrictions they were forced to endure.

“I don’t believe it’s all doom and gloom. I’m really proud of what this group’s done. It’s been an absolutely unique time, having three months mostly hotel-based. We’ve had to rotate our squad more for the health of the group.

“Short term that probably hurt a bit, long term that’s going to build us some really good depth and options.”

Foster said he was committed to completing the job of delivering a strong team for the 2023 World Cup and was not going to be “swayed off task by a couple of performances at the end of the year”.

“I know that everyone bays for blood at times like this, and that’s the nature of the job,” he said.

“But our goal is to make sure that we’ve got the right plan going forward to do well in the World Cup.”