Rugby – Championship winning Springboks getting closer in quest for consistency 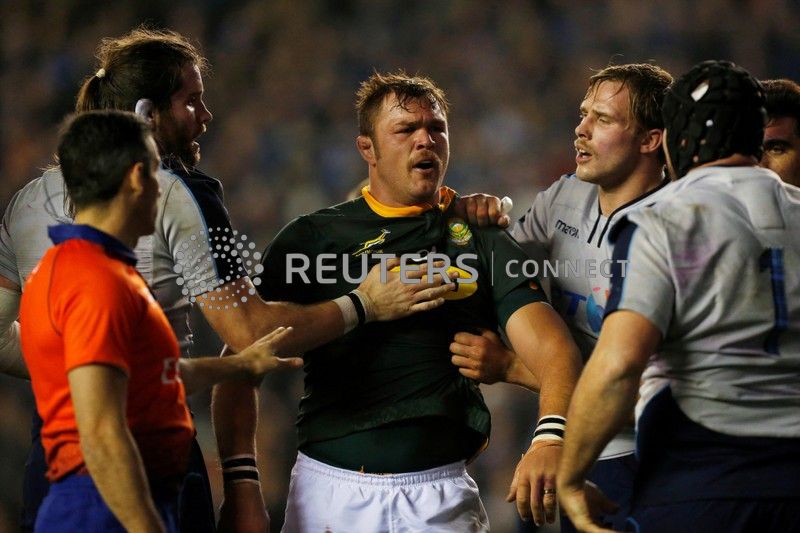 SALTA, Argentina (Reuters) – Consistency remains key for improving South Africa as they revel in a first Rugby Championship title in a decade, a significant psychological boost a little over a month out from the World Cup in Japan.

The Springboks put in an accomplished display as they routed Argentina 46-13 in Salta on Saturday to lift the southern hemisphere championship for the first time since 2009, going through the shortened competition unbeaten as their World Cup plans come together.

The side has displayed a marked improvement in the last year under coach Rassie Erasmus, a far cry from the horrors of 2016 and 2017, when they racked up records for all the wrong reasons.

There is now a strong belief that they can beat any other team in world rugby on their day, but the lingering doubts remain over their ability to consistently perform at the level required to do so.

“I think for us the most important thing was to work on our consistency,” captain Duane Vermeulen said after the win in Salta.

“We started the Rugby Championship working on executing our plans, and in a way we are happy with our performance but there are still a few things to work on.

“It’s a great feeling for us to walk away with the title, but in the end it’s a stepping stone for us going into the World Cup.”

The mood of many South Africans revolves around the success, or lack thereof, of the Boks and this Rugby Championship win will lift the optimism going into the global showpiece tournament in Japan.

But Vermeulen has cautioned about getting carried away.

“The victory is a great thing for our country because we know that if the Springboks do well then everyone is happy in South Africa,” Vermeulen added.

“So for us it’s a great feeling, but I want to emphasise it’s more about working on our consistency and working towards the things we hope to achieve.”

The Boks open their World Cup campaign with a meeting against defending champions New Zealand in Yokohama on Sept. 21, a potential decider for top spot with Italy, Namibia and Canada also in the pool.

Vermeulen adds they will also not be fooled by an underwhelming Rugby Championship for the All Blacks, especially following their 47-26 defeat at the hands of Australia on Saturday.

“New Zealand had a tough game and they will be hungry to bounce back so we have to prepare well. But we are happy with where we are at the moment.”