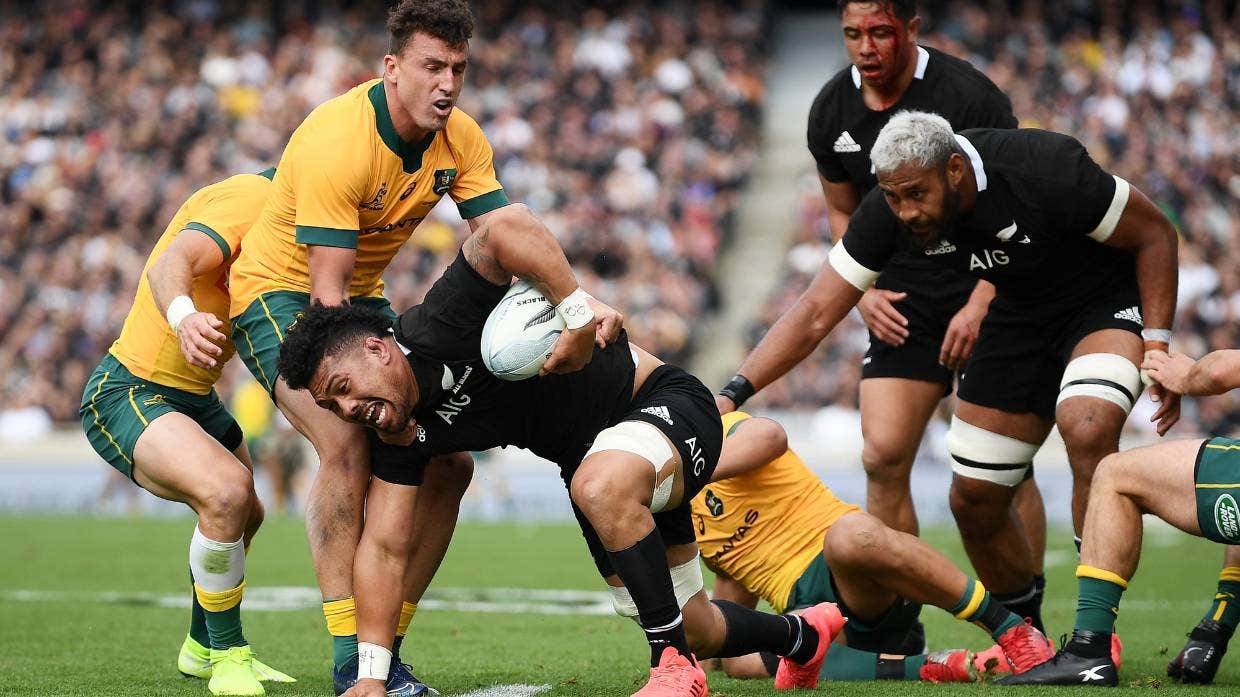 The All Blacks could end up hosting the Wallabies for an extended stint. Picture: STUFF SPORTS.

The All Blacks’ Bledisloe Cup and Rugby Championship tests have been plunged into doubt after the government paused the quarantine-free travel bubble with Australia for eight weeks.

The All Blacks are due to play three Bledisloe tests against Australia in Auckland on 7 August, Perth two weeks later, and in Wellington on 28 August.

New Zealand Rugby (NZR) is now working with Rugby Australia (RA) and Sanzaar to evaluate the options around the Bledisloe Cup Series and the Rugby Championship.

“We know the uncertainty this creates is challenging for our fans, players and partners, but remain committed to finding a path forward and continuing to deliver world-class rugby in 2021,” he said.

“We are continuing to work closely with the New Zealand Government to explore the option of bringing Australia across the Tasman for the two Bledisloe Cup Tests.

“As we have throughout the Covid-19 pandemic our decisions will continue be guided by the advice of relevant government and health authorities with the health and safety of our people at the forefront of any decisions. It’s important we evaluate all of our options before finalising any plans.”

Rugby Australia chief executive Andy Marinos said there were several scenarios they were working on.

“The Wallabies team have been in a secure bubble since the conclusion of the France Series, with the squad assembled on the Gold Coast,” Marinos said.

“The players are regularly tested for Covid-19 and have maintained strict bio-security protocols as recommended by the Return To Play Committee and the relevant health authorities.”

NZR and Rugby Australia said they were also working on options regarding the Wallaroos tour to New Zealand against the Black Ferns, and any possible travel implications.