Rugby-‘Big-game player’ Yamada back for Japan against England 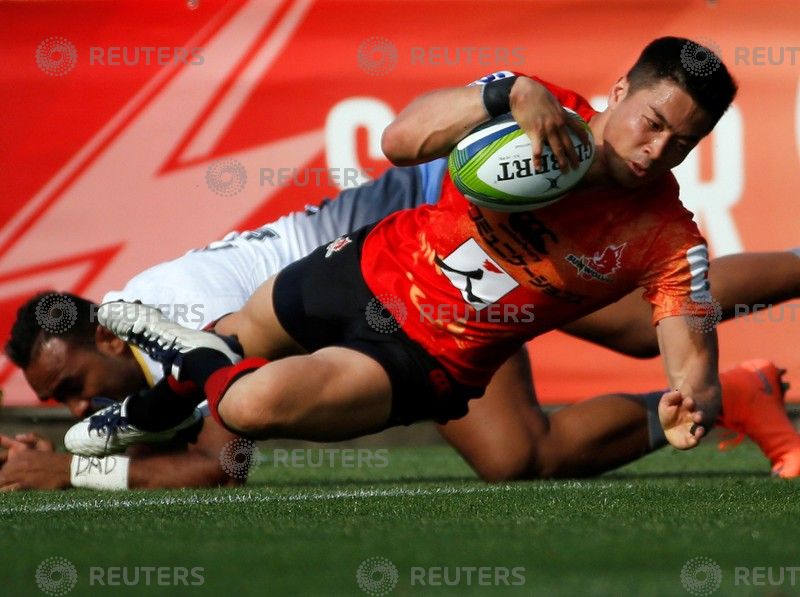 LONDON (Reuters) – Experienced winger Akihito Yamada returns to the Japan team to face England at Twickenham on Saturday as one of eight changes from the side beaten by New Zealand two weeks ago.

The 33-year-old Yamada, one of the survivors of the 2015 World Cup upset win over South Africa, missed the 69-31 defeat by the All Blacks but comes back on the right wing, with Kenki Fukuoka on the left.

William Tupou moves from outside centre to fullback and Timothy Lafaele switches from 12 to 13 in a new midfield partnership with Ryoto Nakamura.

There was no place in the match squad for winger Jamie Henry, who scored a great try on his debut against the All Blacks.

Up front captain Michael Leitch is on the blindside flank alongside Kazuki Himeno and Masakatsu Nishikawa.

Coach Jamie Joseph recognised the magnitude of the challenge facing his team but said he still had confidence that they could trouble England on their first visit to Twickenham.

“We’re going to have to take what comes at us and throw something back,” the former All Blacks flanker said.

“I think some of our players are up to it mentally and physically. We do have smaller men and we do play the game differently because of that so we try to keep the game quick.

“This week has been really good, the guys’ mindset, they’re very aware of what’s coming on the weekend.”

Joseph was also pleased to have Yamada back and felt he would help calm the atmosphere.

“He has been in this situation many times before more than most Japanese players and He has more than enough experience to deal with what is coming at Twickenham,” he said.

“I’ve got this rule with Japanese players, you give them minus five years because they don’t play as much rugby as the English or the Kiwis or the Aussies so in my books he is about 27.

“He is a big-game player – a couple of years ago he scored s against Wales (when the Welsh scraped a 33-30 Cardiff win with a last-minute drop-goal). He loves the stage and you don’t get a bigger stage than Twickenham. He is very confident in his own ability. He has got a big challenge defending against those big wingers of England but he is looking forward to it.”

Joseph was also full of praise for England’s Eddie Jones, who he knows well.

“He is a master coach,” he said. “He has coached Japan, the Wallabies, he has won a World Cup (as an assistant to South Africa’s Jake White in 2007), he took a Japan side to beat a Tier One side.

“I have the pleasure and the opportunity to observe Eddie and he has welcomed me into his environments in past teams, I am really thankful to him.

“But we are up against him at the weekend, and all of that counts for nothing for 80 minutes.”

Jones earlier named a team showing 11 changes, with half an eye on next week’s game against Australia, while Japan too are likely to consider their match against Russia in Gloucester as the key game of their tour as it is a dry run for the opening fixture of the 2019 World Cup.