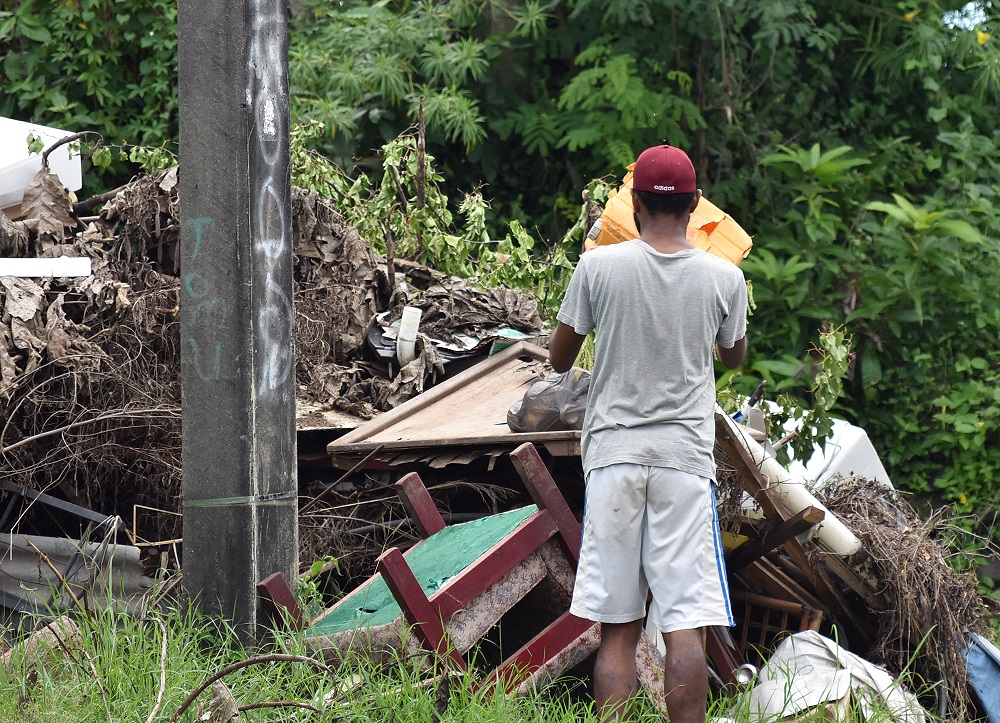 Rubbish piled up by the road at Natabua in Lautoka. Picture: BALJEET SINGH

RESIDENTS of parts of Lautoka City are frustrated as garbage presented several weeks ago for collection lay piled up along roadsides.

According to residents, normal rubbish collection continued throughout the week, but solid waste material like damaged refrigerators, old mattresses and washing machines have been on the road for weeks.

Residents are complaining about the delay in removing the foul-smelling “eyesore” and potential mosquitoes’ breeding grounds.

When contacted, Lautoka City Council chief executive officer Jone Nakauvadra said they would collect the rubbish by the end of the week.

He said the amount of white goods for collection had been too great.

The LCC had earlier advised residents of the free rubbish pick-up.

The free rubbish clean-up was earmarked from March 18 to 29 as part of the Free Environmental Clean Up Campaign.