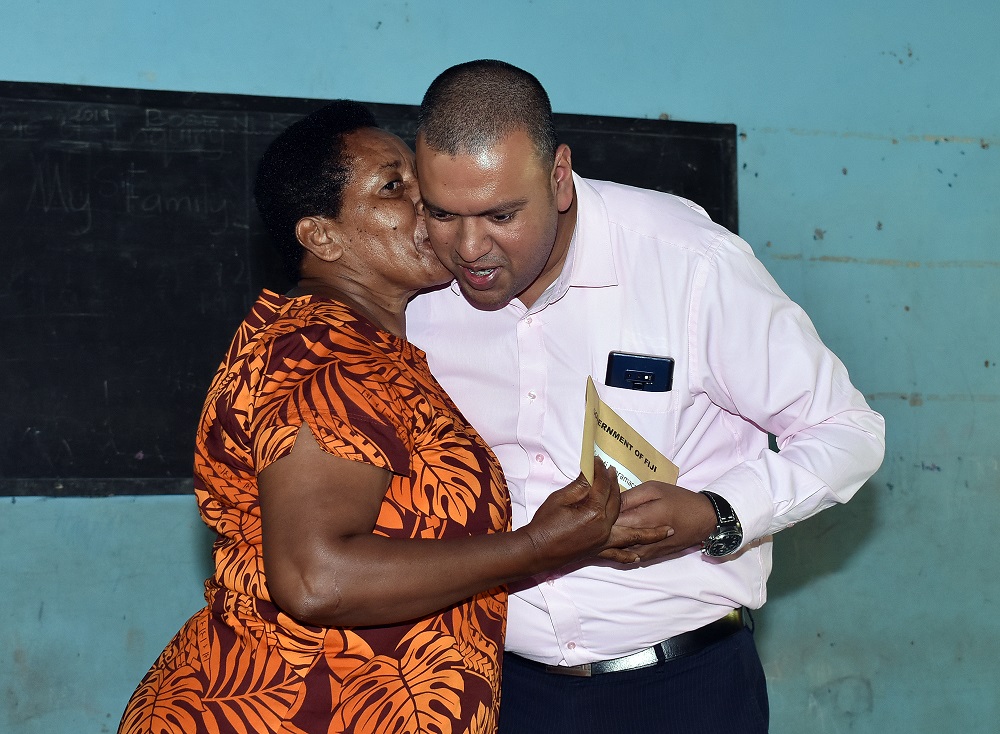 Sulueti Marama thanks Minister for Lands and Mineral Resources Ashneel Sudhakar after receiving her Mineral Royalties at Vatukoula in Tavua. Picture: BALJEET SINGH

FIJI’S Minister for Lands and Mineral Resources Ashneel Sudhakar says landowners who allow their land to be used for mineral development will be rewarded under the Fair Share of Mineral Royalty Act 2018.

Speaking to more than 300 villagers at Nasomo Village, Vatukoula, yesterday, he said the State would recognise their contribution under the new Act.

“The spirit of Section 30 of the 2013 Constitution inculcates the current Government’s aspirations for socioeconomic empowerment of landowners that facilitate mineral development and mining on their land and the enactment of the Fair Share of Mineral Royalty Act 2018 provides the framework or platform for the sharing of benefits, derived by the State with landowners or landowning units that host mining projects on their land,” Mr Sudhakar said.

“The payout is aligned to regulation five, the fair share royalties of the Fair Share Mineral Royalty Act which states 80 per cent of mineral royalties be given to landowning units and 20 per cent of the royalty be retained by the State.

“Mineral ownership remains vested in the State but the Bainimarama Government saw it fit as compared to previous governments to recognise the contribution of landowners that allow the use of their land to facilitate mineral development.

“This in itself entails landowners as partners in national economic development and nation-building.”