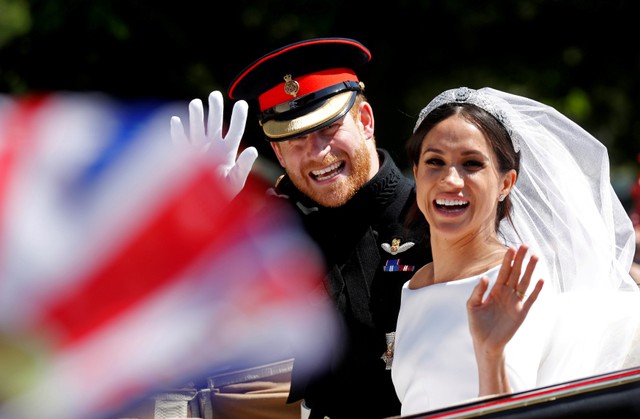 FILE PHOTO: Britain's Prince Harry and his wife Meghan wave as they ride a horse-drawn carriage after their wedding ceremony at St George's Chapel in Windsor Castle in Windsor, Britain, May 19, 2018. The couple are due to visit the South Pacific including Fiji and Tonga later this year. Picture: REUTERS/Damir Sagolj/FILE PHOTO

THE Duke and Duchess of Sussex – Prince Harry and Meghan Markle are expected to be in Fiji sometimes in October this year.

While the exact date is yet to be announced, their visit to Fiji will be after their Australian tour to be part of the Invictus Sydney games scheduled for October 20 to October 27 this year.

The announcement of their first major overseas tour together was made on social media via a tweet by Kensington Palace on Twitter.

The couple is set to be in Fiji after their Australian tour and will head to Tonga and New Zealand thereafter.

Meanwhile, Prince Harry and Meghan have made no secret of wanting to start a family soon – but Zika can cause complications for unborn babies, PACNEWS has reported.

However, it’s specifically Harry and Meghan’s plans for the legs of the trip which take in Fiji and Tonga that are causing concern – as there has been a shock Zika virus and dengue fever outbreak on the islands.

Zika is especially of concern as it can cause complications for unborn babies – and now there are fears the tour could affect their plans to have a child.

Pregnant women are advised to avoid areas where mosquito-borne Zika is present, as the disease can cause microcephaly, a condition where babies are born with abnormally small heads.

A source said: “The Duke and Duchess will have taken advice at the highest level before deciding that they were happy to go ahead and plan the trip.”

The Foreign Office advises: “Couples should follow guidance on prevention of sexual transmission of Zika and avoid conception while travelling and for up to six months on return.