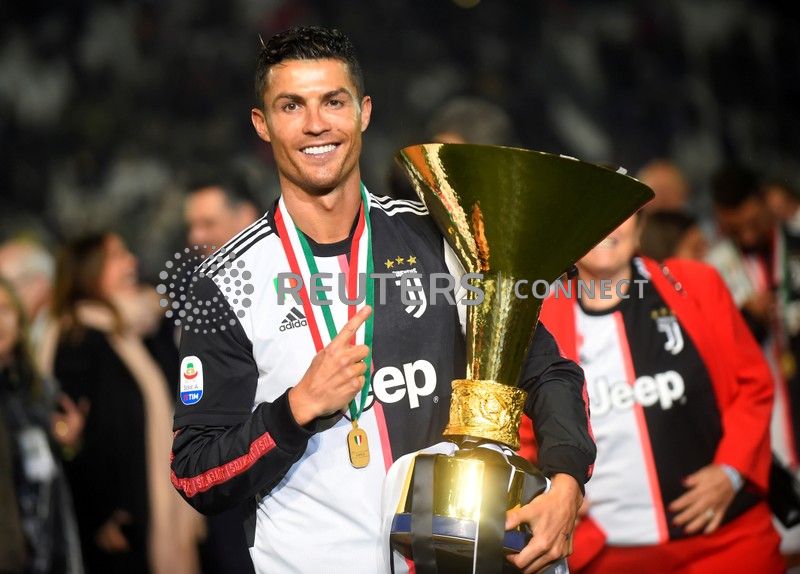 LISBON (Reuters) – Hosts Portugal named their squad for next month’s inaugural Nations League finals on Thursday with Cristiano Ronaldo heading the bill and an inclusion for Benfica teenager Joao Felix.

Portugal will kick off the new competition with a semi-final against Switzerland in Porto on June 5, with the winners playing either England or the Netherlands in the final at the same venue four days later.

Ronaldo, Portugal’s leading scorer with 156 goals and most capped player with 85 appearances, was included as expected, the 34-year-old having returned to the squad after missing six matches last year following an agreement with coach Fernando Santos.

Joao Felix has had an outstanding debut season for Benfica, attracting the interest of clubs from around Europe, but is still uncapped by Portugal.

The Nations League was created to replace friendly internationals that were unpopular with clubs, players and fans as they interrupted league action.

UEFA has divided the competition into four divisions, or leagues, with each league itself sub-divided into groups. Despite initial scepticism over the format, it was given a generally warm reception.

European champions Portugal topped their three-team group ahead of Italy and Poland to qualify for the semi-finals in the top division.

The tournament offers Portugal a chance to make amends, albeit small, for Euro 2004 when they were also hosts but lost in the final to Greece.

There was no place in the squad for Sevilla striker Andre Silva, who has been troubled by a knee injury in the last two months of the season, or midfielder Joao Mario, who has had an indifferent season with Inter Milan.

Santos acknowledged that such a short tournament would be a different experience for his squad.

“For the players, it’s always important to have the chance to win a title,” he said. “The players have great passion to play for their country and this is no different. There is a title at stake and of course we want to win.”

“It’s a different sort of test. There is no group stage with points and qualification …this is do-or-die from the start.”