Rokoura: ‘We have to prepare well for WC’ 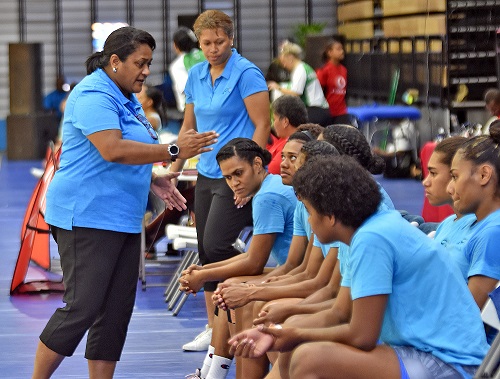 Emotional Fiji Pearls head coach Unaisi Rokoura is adamant that a one-year preparation will be enough for her team to produce better results at the Netball World Cup in Cape Town, South Africa next year.

New Zealand is the defending champion of the world cup after the 2019 edition in Liverpool, England.

The Pearls have competed at nine world cups, finishing sixth in their best placing at the 1999 tournament.

The Alisi Naqiri-captained side defeated the Cook Islands 51-34 in its crucial game at the Vodafone Arena on Saturday to be part of the world Cup.

Last week at the Oceania Qualifier, the Pearls recorded a convincing 74-32 win over the PNG Pepes and were beaten by Tonga Tala 29-59, but held off a firing Samoan team 45-43 on Friday ahead of its do-or-die game against the Cook Islands on Saturday.

“So our chance is here for the world cup, the players need to work a bit harder,” Rokoura said.

“So like I said, we’re going to be prepared and take a different approach.”

The Fiji Pearls’ preparations have been boosted with an invitation from Singapore to be part of the Nation’s Cup next year.

They will also be part of the PacificAust Sports Series in October on the Sunshine Coast in Australia.