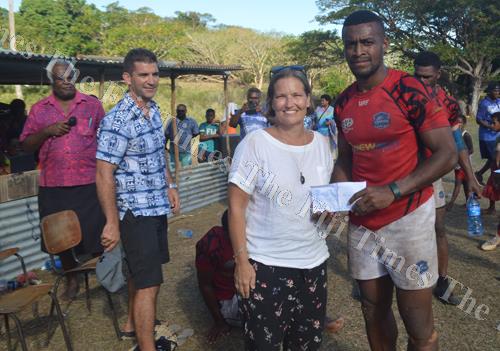 INIA Rokomatu will not give up his dreams of representing Fiji in the HSBC World Rugby Sevens Series.

The 23-year-old native of Yaqeta Village, Yasawa, was in top form at last week’s St Patrick Vuaki 7s by scoring three tries in the semi-finals and later helped his Coral View Yasawa 7s team to win the tournament.

He also scored the first try in the final and was presented with the best player award after two-days of competition.

Rokomatu first represented Fiji at the Pacific Mini Games in Vanuatu last year before suffering from a series of injuries.

“I have recovered from injury and I am working hard to secure my spot in the Fiji 7s team,” said Rokomatu. “I know it is going to be hard, but I will not give up on my dream.

“I represented the country at the Pacific Mini Games and I will work hard to get my spot back.” Rokomatu said he wanted to follow the footsteps of fellow Yasawa natives Kalione Nasoko and Eroni Sau.

“They started in Yasawa and progressed through the ranks. I can also do the same if I work hard.”