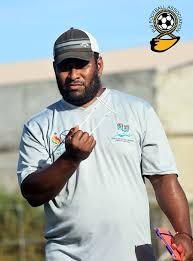 REWA football team head coach Marika Rodu has spotted some of the weaknesses in his team’s performance despite their 4-3 victory against Nasinu in the Vodafone Premier League round two last Sunday at Ratu Cakobau Park.

Rodu returned to his former club after two years and his main priority is to lift the performance as a team.

The former Rewa coach and player believe Nadi won’t be an easy opponent despite their loss to Lautoka on Sunday.

He said the Jetsetters would come out strong in the third round after their loss and we have to be prepared.

“We will not underestimate Nadi, despite their 6-nil loss to Lautoka because they’ll regroup and comeback stronger as a team.

“At the moment I see that we have the potential and the experience just by looking at the names of the players in the team but we still lack the ability to win games.

“For me my first priority is to implement some performance stabilizing structures starting from trainings and we’ve transferred some of the things in the last two games and I’ve seen that we have a lot of work to do,” said Rodu.

Rewa has recorded one loss against Ba in the first round, going down 1-0 and a win against Nasinu yesterday 4-3 in the second round and they will face Nadi next weekend at the Prince Charles Park.