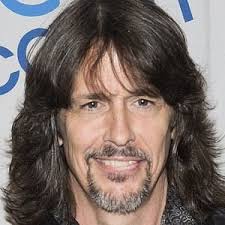 'I want to know what love is' hit singer Kelly Hansen. Picture: ZIMBIO

A ROCK concert featuring some of the world’s premier vocalists and musicians that was scheduled to be held at Albert Park this afternoon has been moved to the Grand Pacific Hotel.

Event organiser, business mogul and founder of Yaqara Waters, Bob Bishop said due to unpredictable weather, the show will be held at the Brittanica Ballroom.

“The doors will open around 6pm and music will start at approximately 7.15pm and best of all, entry is free,” Mr Bishop said.

One of the feature artists is Kelly Hansen, lead singer of Foreigner, the band that gave the world the hit song ‘I Wanna Know What Love Is’.

Hansen said it was his first time in Fiji.

Also on the bill is Tony Wilson, the man dubbed Young James Brown by the godfather of soul himself.

Wilson began his career as a Michael Jackson impersonator in 1980 and was so good that the king of pop asked him to act as a body double during his VICTORY tour.

Along with the international music heavyweights, local rock legend Michael Reymond will showcase his firebrand guitar style backed some of the hardest-hitting local rock musicians on the scene.