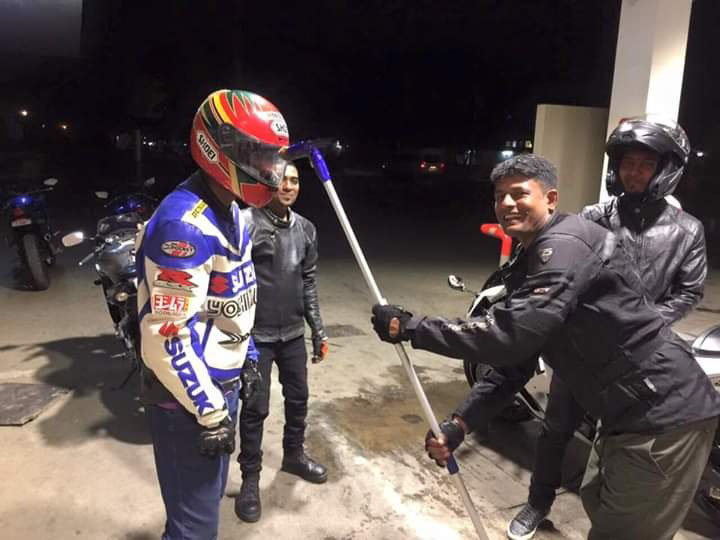 Firoz Khan, closest to camera, gestures in this picture with his other biker friends. Picture: SUPPLIED

But the love affair between man and machine came to a tragic end on Thursday afternoon when the father of three died instantly in a head-on collision in Nabou, Nadroga.

“He’s been riding for more than 15 years and just loves to go out on the road,” he said.

“The last time I saw him was on Wednesday and even then, he was telling me to go out for a ride with him.

“We still can’t believe that he is gone.”

Remembering Mr Khan, the 28-year-old said the motorcyclist was a hardworking family man.

“He ran his own business from his home and was a taxi operator as well. He was very hardworking. If he was not attending to his family members and business, he would be on the road with his bike.

“We will miss him a lot in our group because he was always the person that made us laugh. Someone who brightens up our conversation with his jokes.”

Mr Khan is survived by his wife and three children.

Police had confirmed that the motorcyclist had allegedly lost control of the bike and drove into an oncoming vehicle.

According to witnesses, the biker collided with a government vehicle with at least five passengers.