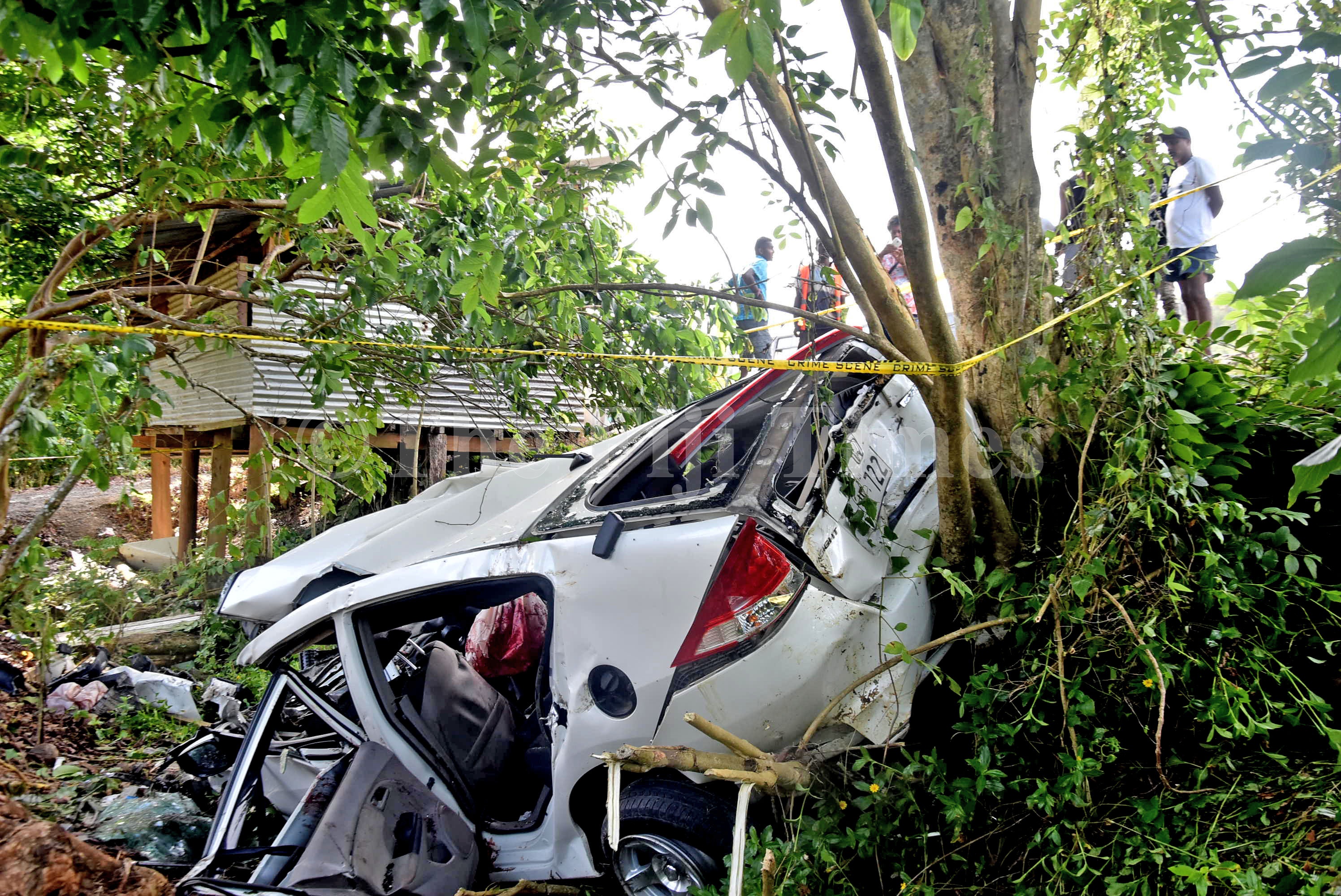 Police at the scene of the accident at Nabukavesi along the Queens Highway yesterday. Picture: JONA KONATACI

TWO people are dead, one in critical condition at the Colonial War Memorial Hospital (CWMH), while a bus driver is under observation at the Navua Hospital after an accident at Nabukavesi yesterday afternoon.

When a team from this newspaper arrived at the scene, police officers had cordoned off the crash site.

Nabukavesi villager Selestino Peni, who claims to be one of the first people at the scene, said he was at home when he heard a loud bang at about 1pm.

“After we heard the noise, we quickly made our way to the road and we came to see that the bus was on top of the car in the drain,” Mr Peni said.

“One of the people from the passing car called the police and after some time, the police, the National Fire Authority and a tow truck arrived at the site. The two passengers in the car had died on the spot while the third passenger had sustained injuries.”

Meanwhile, police spokeswoman Ana Naisoro confirmed a man and woman who were passengers in the car died in the accident.

Ms Naisoro said the third person in the car was in critical condition at the Colonial War Memorial Hospital (CWMH) in Suva.

She said the driver of the bus was also under observation at the Navua Hospital and the cause of the accident was still yet to be ascertained.