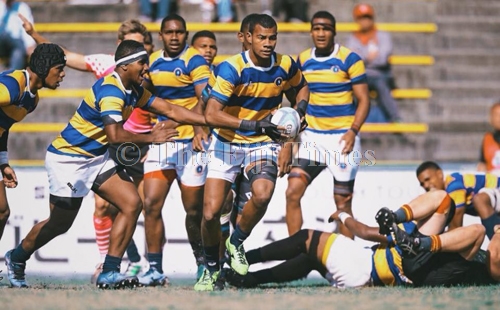 RKS on attack against Hastings Boys High School from New Zealand in the final of the Sanix World Youth tournament on Saturday. Picture: FACEBOOK

Fiji Secondary Schools Rugby Union secretary Biu Colati said the win was not only for RKS, but for all the secondary schools in Fiji.

“RKS has created a piece of history for Fiji after winning the tournament and it has not come as a surprise as they have worked hard to achieve the win,” Colati said.

The Lodoni-based school led 14-0 at half time.

“The win belongs to all secondary schools in Fiji and they had a hand in the win in terms of moulding the players to what they have achieved today,” he said.

“RKS has made Fiji Secondary Schools Rugby Union proud of their achievement as it is for all the players who play rugby in Fiji.”