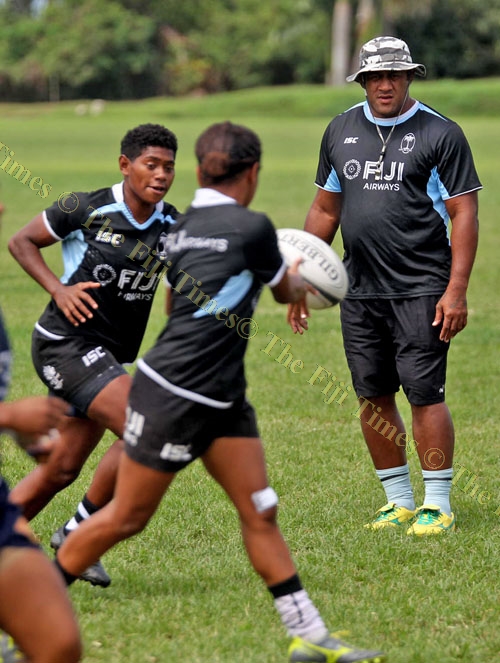 FORMER national number eight captain Ro Alivereti Doviverata believes the interest in women’s rugby is on the rise since Fiji’s qualification for the upcoming Tokyo Olympics and the 2021 Rugby World Cup in New Zealand.

Doviverata, who is the coach of the Fiji Airways Fijiana XV, expects more elite players to be groomed through the structured pathway set up by World Rugby.

In August last year, the Fiji Rugby Union received a major boost with World Rugby investing $227,000 to set up a women’s high performance program to lay the platform for the Fijiana XV to reach the 2021 RWC.

The Fijiana achieved this after beating Manusia Samoa 41-13 in the final match of the Oceania Championship in Suva last November.

It was a historic moment as Fiji had never qualified for the women’s version of the RWC since its inception in 1991.

The Fijiana XV went on a short tour of Australia last month playing two matches against the Queensland Reds and the New South Wales Waratahs.

The players have since been focusing on their daily training environment (DTE) programs and are part of their respective teams preparing for the upcoming Skipper Cup competition.

Doviverata said more women were taking up rugby as their major sport. “After qualifying for the RWC, the interest has risen in the sport,” he said.

“There are more girls involved in rugby now. This is also because of the Fijiana 7s has qualified for the Tokyo Olympics.

“The interest is overwhelming as the girls are now participating in competitions where they can be seen and be selected for the various national teams,” the former Fiji captain said.